Queiroz: I will never say good-bye to Iranians for good 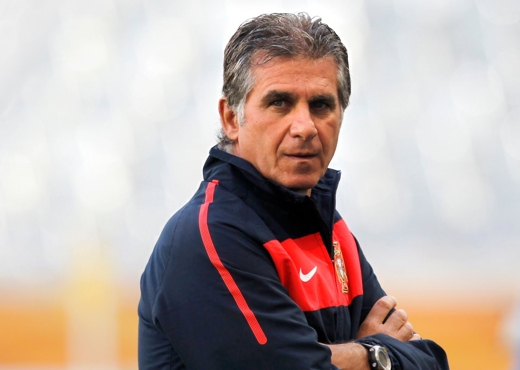 Iranian national football team coach Carlos Queiroz has said that he cannot say good-bye to the Iranians for good, citing the strong bond he has developed with the Iranian people.

Fararu, a news website, on March 21, published the coach’s remarks and news on his travel ban. The following is a partial translation of the report:

Queiroz said that he is going to peacefully quit his post after he learnt that certain people do not want him to stay in the job.

This comes after his decision to resign was announced on Friday following his meeting with Head of Iran’s Football Federation Ali Kafashian in which the two men agreed to terminate cooperation.

Before handing over the job, Iran’s Portuguese coach is expected to lead the Iranian squad in two friendlies it is to play against Chile and Sweden later this month.

Queiroz also congratulated the Iranians on Nowruz and said that he has a strong feeling for people in Iran and cannot say good-bye to them forever, adding the decision [to leave the national team] was not his to make.

He said that Iran has the potential to be the best team in Asia.

On Saturday, news agencies reported that Queiroz was barred from leaving Iran. The Iranian national team coach, who was to leave for Sweden and then to Austria to lead the Iranian team for warmup games before the two friendlies against Chile and Sweden, failed to accompany his team on its overseas tour.

Meanwhile, Ali Kafashian has said that he would come to Tehran [from Kish] to solve the tax problem of the Iranian coach and remove the ban on his travel.