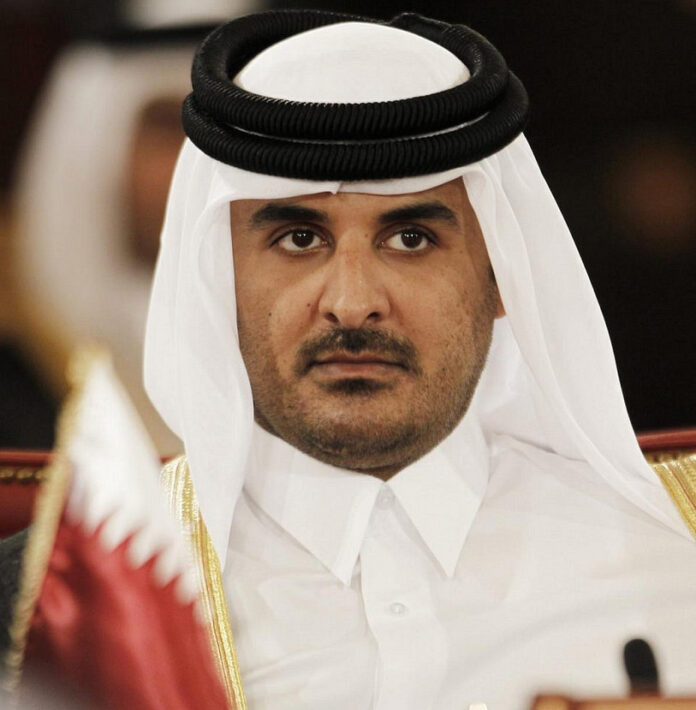 Analysts believe Qatar is somehow leaning toward the Islamic Republic of Iran amid its recent row with Saudi Arabia and its regional allies.

Amid growing divisions between Saudi allies and Qatar, the Qatari emir not only sent a congratulatory message to Iranian President Hassan Rouhani following his re-election, but held a phone conversation with Rouhani to once again felicitate him on having won the 12th Iranian presidential election.

During the phone conversation, the Qatari emir underlined the need to further enhance relations with Iran. He also touched upon the stances adopted by more moderate regional countries such as Kuwait, and stressed that dialogue takes priority in order to solve regional problems.

Therefore, given the recent developments in the diplomacy and media arenas in the region, it seems that rifts will grow between Iran, Syria, Iraq, and to some extent Qatar and Kuwait on the one hand, and Saudi Arabia, Bahrain, Egypt and the United Arab Emirates on the other.

Although tensions in relations between Arab countries and Qatar have their roots in the past, the new differences emanate from the Riyadh meeting held last week. In that event, Saudi Arabia brought together heads of around 40 Islamic countries with the help of Trump to somehow show that Saudi Arabia enjoys a superior position among regional countries.

The Qatari emir’s phone conversation with President Rouhani becomes all the more important as Arab media, following the publication of statements attributed to the Qatari emir in recent days, have launched a barrage of criticism and claimed Qatar has preferred Iran to its Arab brothers!

A couple of days ago, the Egyptian president also accused Qatar of supporting terrorism. Abdel Fattah el-Sisi wrote on his Twitter page that “Qatar backs the Muslim Brotherhood terrorist group and it’s time the country was punished.”

Rifts and differences between Arab states and Qatar are so wide that the Kuwaiti Foreign Minister Mohammed bin Abdulrahman Al Thani paid an unannounced visit to Doha last Friday in a bid to narrow the differences among the Persian Gulf littoral states.

In remarks last week, the Qatari emir acknowledged Iran’s position as a regional heavyweight as well as its status among Muslim states. He also underscored the need for a negotiated settlement of issues.

Middle East expert Jafar Qannadbashi was among the analysts who weighed in on the Qatari emir’s remarks. The expert said the emir is involved in a serious competition with Saudi Arabia, and maybe that is why he had made those comments. By competition, the expert means Qatar and Saudi Arabia have had age-old differences, especially when it comes to leadership as each of them considers itself as deserving to lead the Arab world.

In the meantime, the Iranian Iran daily newspaper quoted the Riyadh-based Okaz newspaper as claiming that the Qatari foreign minister and Major General Qassem Soleimani, the commander of the Quds Force affiliated with Iran’s Islamic Revolution Guards Corps, had met to counter a summit of Arab, Islamic and American heads of state held in Riyadh. According to the report, the Iraq-brokered meeting had been held in Baghdad last week.

According to the Tasnim news agency, Middle East expert Hassan Rostami says making such comments by Qatari officials is nothing new. 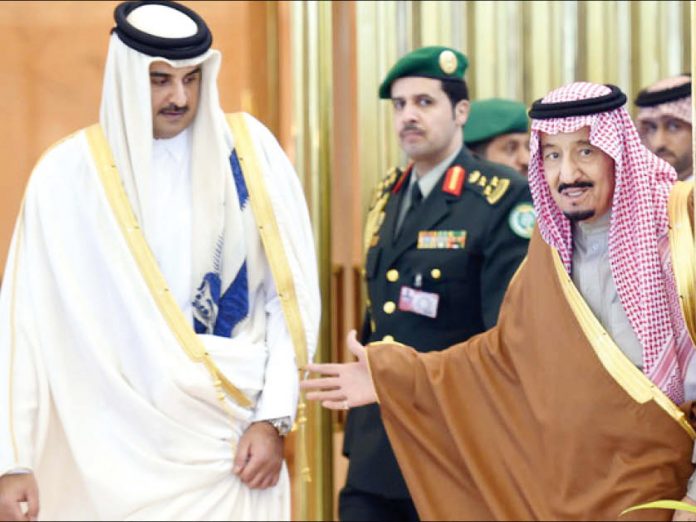 “For example, in January 2011, a phone conversation between then Qatari Foreign Minister Hamad bin Jassim and Libya’s ex-dictator Muammar Gaddafi on a plan to disintegrate Saudi Arabia caused a lot of uproar at that time,” said the expert.

The two countries not only have border disputes, but also are divided on regional issues, namely Syria and the Muslim Brotherhood.

Rouzbeh Parsapour, another analyst, says Iran-Qatar relations have been at a high level in recent years as have been Iran-Oman ties.

“Although the issue of Syria harmed these relations, Qatari officials still have more wisdom and good will vis-à-vis Iran compared to other Persian Gulf states. Qatar will gradually distance itself from Saudi Arabia. This is quite predictable given the territorial and border disputes between the two countries as well as the Muslim Brotherhood’s influence on Qatari authorities.”

Parsapour predicted that Qatar will lean toward Iran in the coming months.

“What is clear is that the huge arms deals between the US and Saudi Arabia have scared sheikhdoms on the southern coast of the Persian Gulf. They, Qatar in particular, are afraid that Saudi Arabia might, over the next 10 years, embark on territorial expansionism and seize part of Qatar’s soil,” writes Tasnim.

Moreover, Qatar has apparently come to realize that it should be leaning toward Iran in order to extricate itself from Saudi domination and establish a balance of power in the Persian Gulf.

Now, with unprecedentedly growing tension between Qatar and other Persian Gulf countries, especially Saudi Arabia and the United Arab Emirates, the WikiLeaks scenario is being repeated for Arabs as Arab states continue to blow the whistle on one another.

The Sky News in the UAE called Qatar the major sponsor of the ISIS terrorist group. Also, Qatar’s Al-Jazeera news network spoke of secret UAE-run prisons in Yemen where inmates are being tortured.