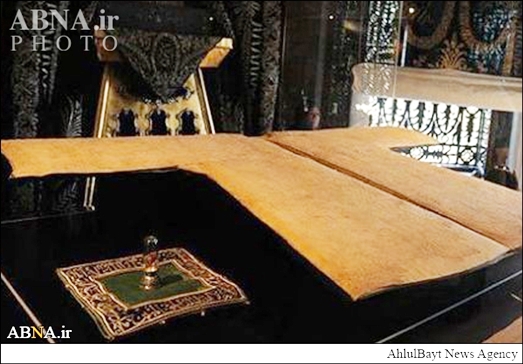 A mantle attributed to Prophet Muhammad has gone on display in the Turkish city of Istanbul from the first Friday of Ramadan, June 10, for 10 days.

According to a report by IRNA, as translated by IFP, the Holy Mantle, or Hırka-i Şerif, is an item of clothing that was given as a gift by Prophet Muhammad to Veysel Karani, one his companions.

The hırka, a short mantle or coat, is a simple garment with a long history. There are two hırkas in Istanbul of great significance for Muslims and their ancestry are said to be traced back to the Prophet – hırka-i sa’adet and hırka-i şerife.

The former, the Mantle of Happiness, is among the sacred relics at Topkapı Palace. The latter, however, can only be viewed by the public during Ramadan in the mosque of the same name, Hırka-I Şerife Grand Mosque. It is now open to the public for 10 days.