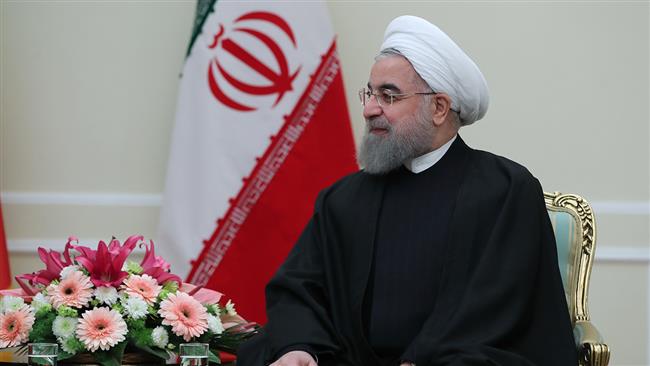 “Congratulations on Parisa Rouhaniyan’s gold medal and the other three medals collected by our young and honorable archers at the Las Vegas 2017 Archery World Cup,” Rouhani wrote in a message published on his official Twitter page on Sunday evening.

Iran’s Foreign Ministry Spokesman Bahram Qassemi, in a separate message, congratulated the Iranian nation and sports community on the remarkable achievement of Iranian archers, saying they hoisted the country’s national flag and won several medals at the US World Cup through tireless efforts and perseverance.

Reza Sha’bani of Iran got a silver medal in the boys’ division, while a representative from the host country was awarded the gold. The bronze medal went to a Japanese contestant.

Also in the girls’ cadet section, Iran’s Sogand Rahmani won a silver medal. An American participant stood on top of the podium.

The Las Vegas 2017 Indoor Archery World Cup Stage 4 started in the United States on February 10, and finished on February 12.

A total of ten junior and cadet archers in addition to one senior athlete represented the Islamic Republic of Iran in the tournament.