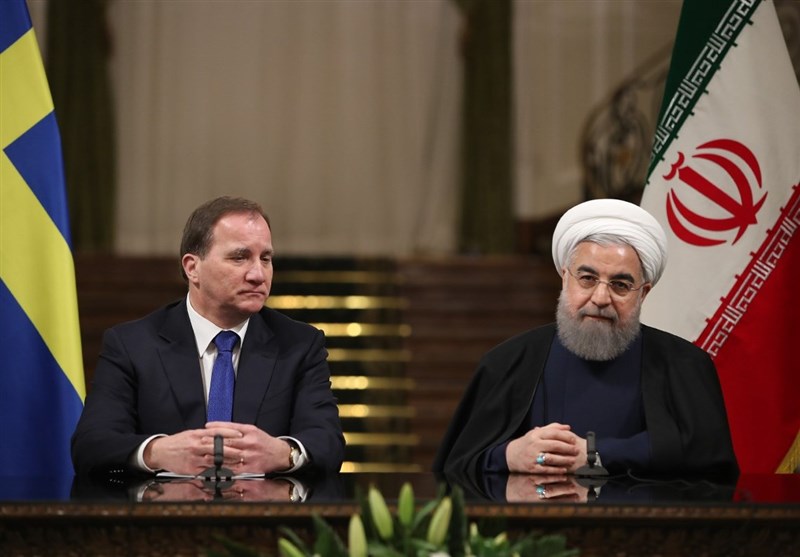 Iranian President Hassan Rouhani called on the European Union to lend support to European banks and companies willing to have trade ties with Iran in the post-JCPOA era.

Speaking at a joint press conference with Sweden’s prime minister in Tehran on Saturday, President Rouhani called for EU’s backing for trade between Iran and European banks and companies in order to tap into the post-JCPOA situation for serving the mutual interests of the two sides.

He further said Iran and Sweden are determined to restore economic relations to pre-sanctions levels, adding that Tehran counts on the potential of the Export Guarantee Fund and pursues closer banking ties with Sweden to that end.

President Rouhani described the Swedish PM’s landmark visit to Iran with a big economic delegation, including representatives of 40 major corporations, as a sign of both countries’ serious resolve to enhance relations, discuss ways to ease tensions in the Middle East, and contribute to regional and international peace and stability.

For his part, Stefan Lofven described it as an honor to be the first Swedish prime minister to pay an official visit to Iran, saying the high-ranking delegation accompanying him in the visit indicates the significance Stockholm attaches to closer ties with Tehran.

The Scandinavian country’s premier went on to say that his talks with President Rouhani earlier in the day revolved around regional developments, human rights issues, the crisis in Syria, Iran’s relations with other major regional players such as Saudi Arabia, and stronger trade interaction.

In a meeting of high-ranking delegations before the press conference, Iran and Sweden signed five memoranda of understanding on various issues, such as academic and scientific cooperation, road construction, and telecommunication, as well as women and family.