President Rouhani is to bring down the curtain on illegal wiretaps 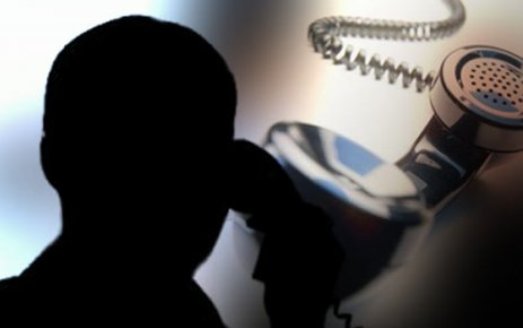 To safeguard civic rights, the recent bill presented to parliament by President Rouhani seeks to end unlawful intelligence gathering on members of the public.

In a report on December 22, Arman-e Emrooz, a daily, looked back at one campaign promise of President Rouhani and his emphasis on implementation of Article 25 of the Constitution which says: “It is forbidden to inspect letters and to confiscate them, to disclose telephone conversations, to disclose telegraphic and telex communications, to censor them and to stop their delivery. It is forbidden to wiretap conversations. All forms of inspection are forbidden except according to law.” The following is a partial translation of the report which looks at steps taken by the Rouhani administration to uphold that constitutional provision:

In order to guarantee the enforcement of Article 25 of the Constitution, President Rouhani has sent parliament a bill which introduces an amendment to Chapter 31 of the Fifth Book of the Islamic Penal Code.

If the bill were passed by the chamber, while tapping into the latest advanced technology not only would it streamline the telecommunications sector, but it would be an effective step in honoring civic rights by putting the brakes on illegal interference in public communications. It would also fulfill the vow President Rouhani has repeatedly made since he rose to power.

On December 13, President Rouhani handed to parliament a bill entitled “Use of Technical Equipment Mainly Intended for Intelligence Gathering”. The bill says that real or any legal entity that purposely and without permission from the Intelligence Ministry tries to produce, distribute or advertise any equipment used for data mining and intelligence gathering, including audio and video data, will be subjected to punishments enshrined in the Penal Code.

With the passage of the bill, legal and real entities as well as different institutions would not be able to use wiretaps or other equipment with similar purposes to pry into people’s lives unless they are granted permission by the Intelligence Ministry or its affiliates. If signed into law, aside from safeguarding civic rights, it would eliminate undue and unlawful interference by parallel and illegal structures which want to snoop into the private lives of people.

If approved, it would help those in the judicial system and its affiliates deal with violations and infringements with greater ease and stop unlawful interference in people’s lives by offenders who take advantage of legal loopholes when it comes to communications and exchange of information among members of the public.