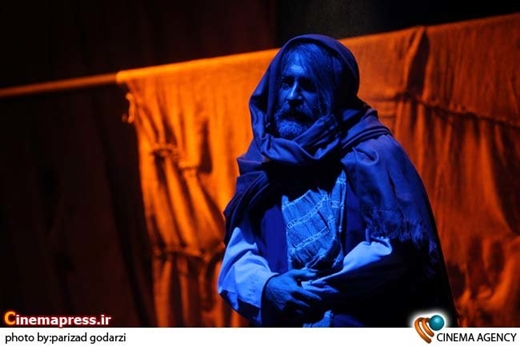 Director and actor Ayyub Aqakhani plans to stage a play about a love story between an Afghan migrant and an Iranian gypsy woman.

Solar Eclipse will be performed at the Qashqai Hall of Tehran’s City Theatre Complex for a month from June 5, he informed the Persian service of MNA on Monday.

In Solar Eclipse, a romance blooms between Meymand, a young Afghan who fled his native Afghanistan, and Sorayya, the daughter of an Iranian gypsy family.

Theatergoers gave the play a warm reception in 2010, when Aqakhani and his troupe performed it at the same theatre.

“The play will go on stage with the same cast, i.e. Hamidreza Azarang, Nasim Adabi and myself,” he said.

“In fact, it will be recollection of the memories of a play that we liked,” he added.

Aqakhani said that the play has a deeply humanistic view on Afghan migrants in Iran and added, “I want to evoke sympathy from the audience for Afghan migrants and the sad fate that awaited them.”

He also said that his decision to stage the play resulted from feelings of sympathy for the family of Setayesh Qoreishi, a six-year-old girl who was raped and killed, allegedly by a teenage Iranian neighbour, in the Tehran suburb of Varamin in April.