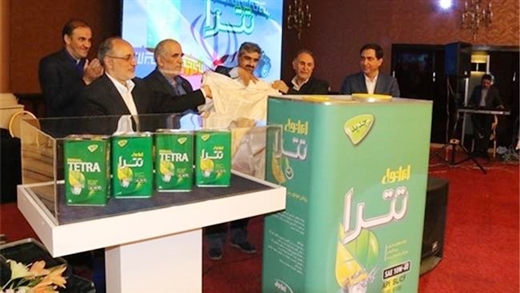 An Iranian company has unveiled the country’s first generation of biodegradable engine oils.

Iranol Oil Company on Tuesday unveiled its latest oil product called Tetra in the presence of some government officials.

The fresh brand was reportedly synthesized with the use of environmentally friendly extracts from plants.

It will additionally reduce sedimentation in the motor, which causes a gradual loss of engine power.

Officials, who attended the unveiling ceremony, hailed the company’s latest effort as a step toward a healthy environment, Iranian media reports said.

Studies show bio-based oils cause a reduction of at least 80% in greenhouse gas emissions as compared to similar petroleum-based synthetic oils.

A US report in 2013 said over 40% of the pollution in America’s waterways came from used motor oil.

The trend has over the past years forced many companies to look for biodegradable products to reduce pollution.