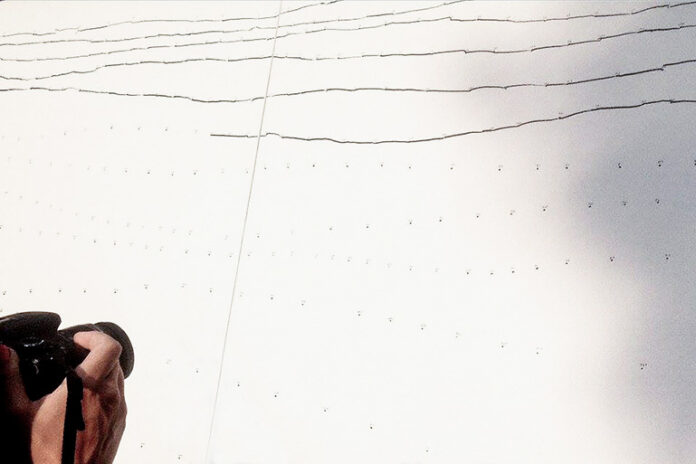 Some 2,000 people should cooperate to create the peace-themed image and I think such unity for creation of art can be a symbol of peace by itself, Hosseinpour said.

Hachure, an artwork by Iranian cartoonist Bozorgmehr Hosseinpour, has been put on display at “Art for Peace” exhibition at Tehran’s Niavaran Cultural Center. Honaronline.ir has asked the artist what inspired him to present an artwork which gives the exhibition visitors a chance to contribute to its creation. The following is the translation of his remarks in the interview: Old magazine games in which numbered dots had to be connected to create an image inspired me to create Hachure. I decided to put 2,000 numbered dots in the work, so that every visitor can draw a line on it and thus contribute to the creation of the final image. Some 2,000 people should cooperate to create the peace-themed image and I think such unity for creation of art can be a symbol of peace by itself. The picture is dedicated to children who can’t bear war and violence. After I was asked by organizers of the exhibition to take part in the expo, I told them I definitely would if I came up with a creative idea. The exhibition of 3rd Art for Peace Festival which opened on September 11 ran through September 21 which marks International Day of Peace.