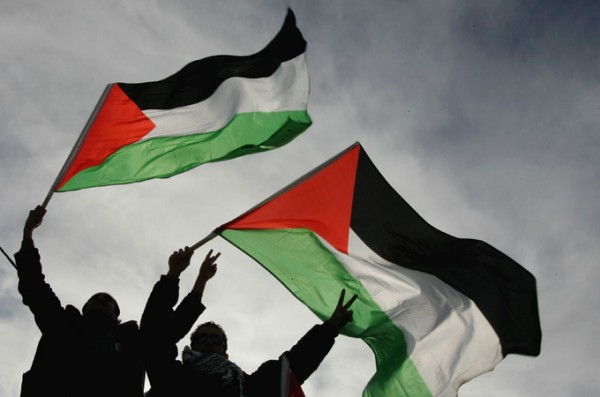 Today is the anniversary of one of the most sanguine crimes in modern history. The 14th of May is that bleak, black and bloody day when in 1948, following three decades of the rape of Palestine by the British, the illegitimate entity called Israel was born in the most unnatural way.

Immediately, the East European Jews, of Khazar origin who had been illegally settled in Palestine brutally attacked the sons of the soil, the Palestinians, killing many of them and driving out over seven hundred thousand men, women, and children to neighbouring lands.

This was the real holocaust that was carried out on the flimsy basis of the myth of the holocaust in Europe, allegedly perpetrated by the Nazis during World War 2.

If Hitler was the culprit of the supposed holocaust, then why was the Zionist entity set up somewhere in Germany, or Eastern Europe? Why were the peaceful Muslims of Palestinian made to pay with their homeland and life for an imaginary bloodbath?

The answers are obvious in view of the stifling of voices by the Western media and politicians to the demands for an academic and scholarly research on the supposed holocaust.

Moreover, there is no connection between the Zionists of East European Khazar origin and the ancient Israelite tribes, the overwhelming majority of whose members have long ceased to practice Judaism, and are mostly Muslim or Christian today.

Today the world is crying for justice. Today the Palestinians continue to reel under the jackboots of the Zionists with no end in sight for their plight of the past 66 years.

There is no one to redress their wrong. The UN has been powerless, while the US and the West European regimes that run it, on the spurious entity called Israel, indulge in all sorts of gimmicks in the name of peace, in order to deprive the Palestinians of peace of mind and tranquility of heart.

Ironically, the so-called Arabs, or more properly the Wahhabis, the Salafis, and the Takfiris, are openly prostrating at the altar of Zionism, in order to created disability in Muslim lands, and thus cast into oblivion the chronic case of the usurped land of Palestine.

In such a pathetic situation, it is only the awakening of Muslim consciences vis-à-vis the Takfiri terror and subsequently the Zionist zombies that will rescue Palestine and the Palestinians from the jaws of Israel.

It is Islamic unity of which the Zionists, the Takfiris, and the Godless West are afraid of. If Muslims overcome their narrow differences to solidify ranks, it will be impossible for Israel to exist on the map of Palestine.

Where there is a will there is a way. The resolve for weeding out Israel is there in the heart of every true Muslim, and this should be given practical shape.

Let us recall the words of the Father of the Islamic Revolution, Imam Khomeini (RA), who had called Israel “a cancerous tumour”. He had said that if every Muslim in the world were to pour a bucket of water then Israel would be drowned and erased from the world map.

The present Leader of the Islamic Revolution, Ayatollah Seyyed Ali Khamenei, has proposed a very democratic solution to end this chronic question. He has suggested a referendum involving all original inhabitants of Palestine, whether Muslims, Christian, or the original Jews (but not the illegal Zionist migrants) to determine the fate of Palestine, stretching from the Mediterranean Sea in the west to the banks of the River Jordan in the east, and from the borders of Lebanon in the north to the borders of Sinai in the south.

If the so-called democratic West does not agree to this democratic solution, then we should be ready for arming the Palestinians.

Remember, over 8 centuries ago in 1187 AD, it was a united Muslim army made up Turks, Kurds, Iranians and Arabs that had liberated Palestine and Bayt al-Moqaddas by ending the 88-year long illegal existence of the Latin Kingdom of Jerusalem of the European Crusaders.

This is possible today, if Muslim regimes, instead of dancing to the devilish tunes of the West by supporting the Takfiris, knit ranks to seriously work towards the salvation of the Palestinian people by deciding once and for all, to end the illegal existence of Israel.