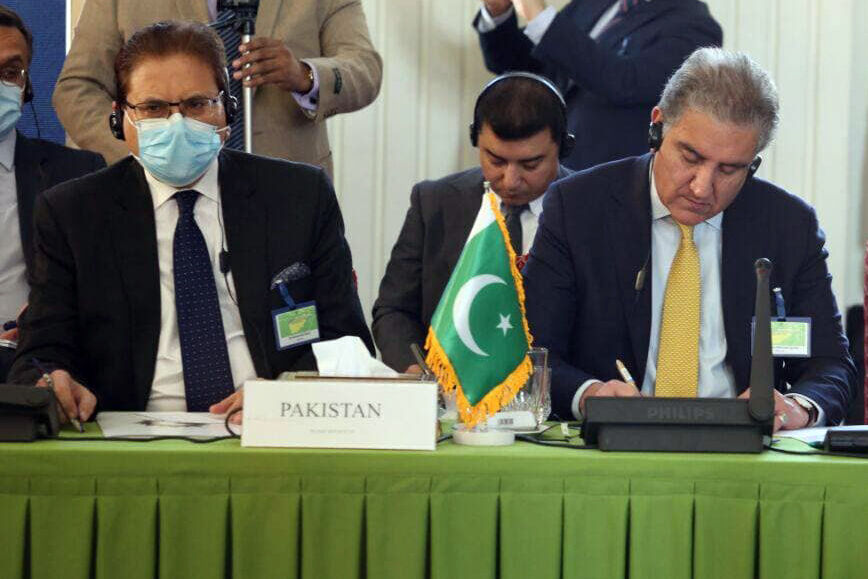 Pakistan’s Foreign Minister Shah Mahmood Qureishi has called on the international community to prevent a humanitarian catastrophe in Afghanistan.

Qureishi was speaking on Wednesday at the meeting of the foreign ministers of Afghanistan’s neighbors in Tehran.

He added that the world must address the economic situation in Afghanistan.

The Pakistani foreign minister added Islamabad believes that Afghanistan’s frozen assets abroad must be unlocked. He said the Taliban takeover triggered a huge refugee wave, adding the Tehran conference is for Afghanistan’s neighbors to deal with the challenges in the country. Qureishi said, “We all want a stable Afghanistan and we believe that today’s meeting can strengthen the results of the first session and result in important steps toward stability in the country”.

The Pakistani foreign minister underlined that fighting terrorism in Afghanistan is vital, adding that an inclusive government is necessary for Afghanistan and all people’s rights should be respected.

He added that Pakistan has already sent aid to its neighbor and will continue doing so.