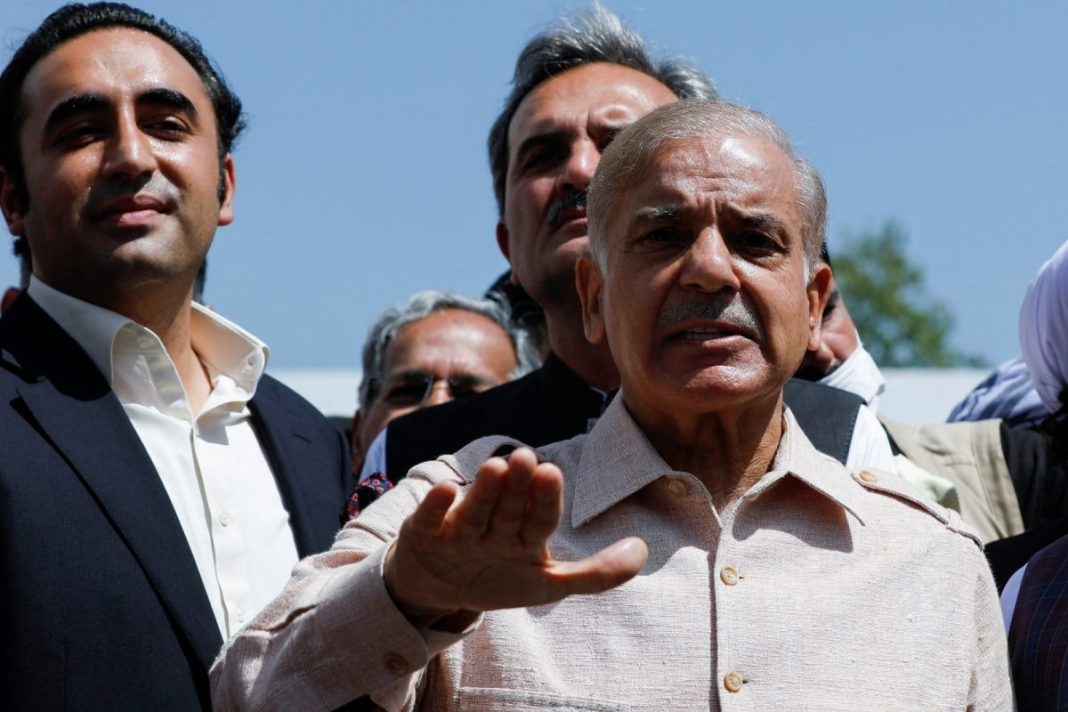 Armed group Tehreek-e-Taliban Pakistan (TTP) has warned the country’s main ruling parties of “concrete action” against their top leadership in the government for “declaring war” against it.

A statement released by the TTP – also known as Pakistani Taliban for its ideological affinity with the Taliban in neighbouring Afghanistan – on Wednesday explicitly named Prime Minister Shehbaz Sharif and Foreign Minister Bilawal Bhutto Zardari.

Sharif is the president of the Pakistan Muslim League-Nawaz (PML-N) which along with Bhutto Zardari’s Pakistan People’s Party (PPP) are the main coalition partners in the government.

“For a long time, TTP has not taken any action against political parties,” TTP spokesman Muhammad Khorasani said in the statement shared with Al Jazeera on WhatsApp.

“[But] if these two parties remain firm on their position … then action will be taken against the leaders of these parties. People should avoid going near them,” it noted.

“[Our] target is Pakistan’s security forces who are acting against the country’s interest upon wishes of the West,” it added.

The TTP statement also included a note of caution for Pakistan’s religion-based political parties, urging them not to be a part of any action against the group.

“The TTP policy does not include targeting your parties but we request you to avoid being part of any activity against us,” it stated.

The TTP threat came two days after Pakistan’s top security body, the National Security Committee (NSC), announced its resolve to have “zero tolerance for terrorism” in the country and “reaffirmed its determination to take on any and all entities that resort to violence”.

The NSC, which includes Sharif and newly appointed military chief General Asim Munir as its members, held a two-day meeting on December 30 and January 2 to assess the security situation in Pakistan.

The NSC meeting marked the end of a tumultuous 2022 which saw at least 150 attacks by the TTP across the country, killing dozens of people.

The TTP says it is fighting for the imposition of its hardline interpretation of Islamic law and a reversal of the merger of Pakistan’s tribal areas with the northwestern Khyber Pakhtunkhwa province.

In November, the armed group unilaterally ended an Afghan Taliban-brokered ceasefire agreement with the government and ordered its fighters to launch more attacks. Islamabad repeatedly accuses the Taliban of sheltering TTP leadership on Afghan soil – an allegation denied by Kabul.

In its statement on Wednesday, the TTP accused Pakistan’s ruling coalition of working at the behest of the United States. It said Prime Minister Sharif “tried to please America by declaring a war” against the TTP.

“Unfortunately, it is not clear how the current government fell under the spell of the United States of America,” it added.

On Tuesday, the US expressed its support for Pakistan’s NSC declaration, saying it “has a right to defend itself from terrorism”.

During a news briefing on Tuesday, US State Department spokesman Ned Price was asked if Pakistan could launch military operations inside Afghanistan to eliminate the TTP.

Price noted the Afghan Taliban must uphold the commitment they made to not allow the use of Afghan soil as a launchpad for international attacks.

“These are among the very commitments that the Taliban have been unable or unwilling to fulfil to date,” he continued.

However, the Afghan Taliban has consistently rejected the charges. In a statement on Tuesday, its spokesman said “the territory of Afghanistan is not used against Pakistan or any other country”, calling the charges “baseless and provocative”.

Bhutto Zardari’s mother, the former prime minister Benazir Bhutto, was allegedly assassinated by TTP men during an election rally in Rawalpindi city in 2007, the year the armed group came into prominence.

Five men, alleged to be affiliated with former TTP leader Baitullah Mehsud, were arrested for the killing. In 2017, the men were acquitted for lack of evidence, but they remain in detention on other charges.

The next year, current TTP leader Mufti Noor Wali Mehsud, in his book British Raj to American Imperialism, acknowledged the group carried out the attack on Bhutto because she had promised to target the group if elected.