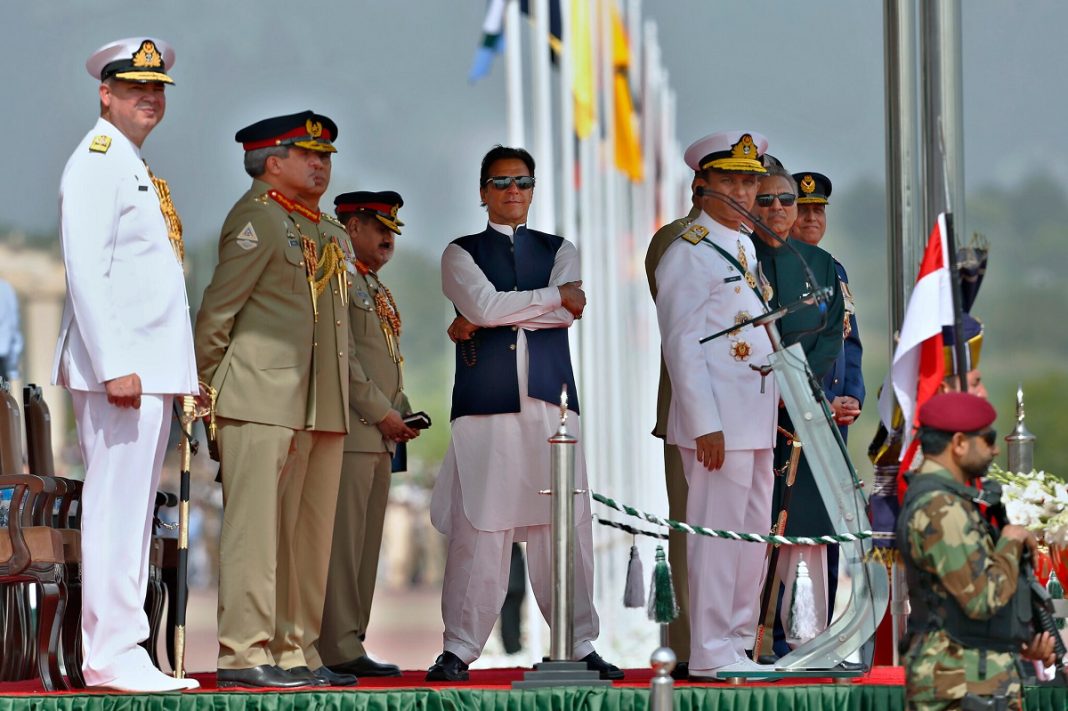 Pakistan’s Prime Minister Imran Khan has been deposed by a no-confidence vote in parliament. The passing of the motion on Saturday came after the country’s Supreme Court ruled the cricket star turned politician acted unconstitutionally in previously blocking the process and dissolving parliament.

The no-confidence motion, which required 172 votes in the 342-seat parliament to pass, was supported by 174 politicians.

Anticipating his loss, Khan, who alleged the opposition colluded with the United States to unseat him, on Friday called on his supporters to stage rallies nationwide on Sunday.

Khan’s options are limited and should he see a big turnout in his support, he may try to keep the momentum of street protests as a way to pressure parliament to hold early elections.

“I will not accept an imported government,” Khan told the nation in a late-night address.

“I’m ready for a struggle,” he stressed.

Khan earlier tried to sidestep the vote by dissolving parliament and calling early elections, but a Supreme Court ruling ordered the vote to go ahead.

“We will not seek revenge. We will not put people in jails, but the law will take its course,” Pakistan opposition leader Shehbaz Sharif said in a speech after Saturday’s vote.

It is widely expected that Sharif – the younger brother of former three-time prime minister Nawaz Sharif – will replace Khan on Sunday or Monday.

Khan, 69, surged to power in 2018 with the military’s support, but recently lost his parliamentary majority when allies quit his coalition government.

Opposition parties say he has failed to revive an economy battered by COVID-19 or fulfil promises to make Pakistan corruption free.

Earlier, lower house Speaker Asad Qaisar, a member of Khan’s Pakistan Tehreek-e-Insaf party, who adjourned the house three times on Saturday, announced his resignation, heightening the drama in the chamber.

“The country’s interests must be the priority,” he stated.

Whoever becomes Pakistan’s next prime minister will inherit the same issues that bedevilled Khan.

“We are aware of the enormity of challenges facing the country both internally and externally,” Sharif recently told Al Jazeera.

“The collapse of governance is so complete that it will take real work to stem the rot. We have had discussions with our allies on the way forward once this government goes home,” Sharif added.

A poorly performing economy, attacks by armed groups and shaky relations with former allies will top the agenda for the next administration.

The incoming government will need to stave off “multiple challenges on domestic and foreign relations levels”, said Professor Jaffar Ahmed, director of the Institute of Historical and Social Research.

Crippling debt, galloping inflation and a feeble currency have combined to keep growth stagnant for the past three years with little prospect of genuine improvement. “We don’t have any direction,” stated Nadeem ul Haque, vice-chancellor of the Pakistan Institute of Development Economics, a research organisation in Islamabad.

“Radical policy reforms are needed to turn around the economy,” ul Haque added.

Khan alleged the US orchestrated his removal by conspiring with the opposition, and the next government will have to work hard to patch up relations with Washington – a key arms supplier. The US denied any involvement.

Foreign Minister Shah Mahmood Qureshi offered to hold a public meeting with the opposition on the alleged foreign conspiracy.

“Let’s go into an in-camera session and let the ambassador of Pakistan to the USA come and tell the house,” Qureshi said, adding there were “blatant attempts of regime change”.

Khan angered the West by continuing with a visit to Moscow on the day Russia invaded Ukraine, and was also one of the few world leaders to attend the opening of the Beijing Winter Olympics when others boycotted in protest over China’s human rights record.

“The incoming government … needs to put in hard effort to undo the damage,” noted Tauseef Ahmed Khan, a political analyst