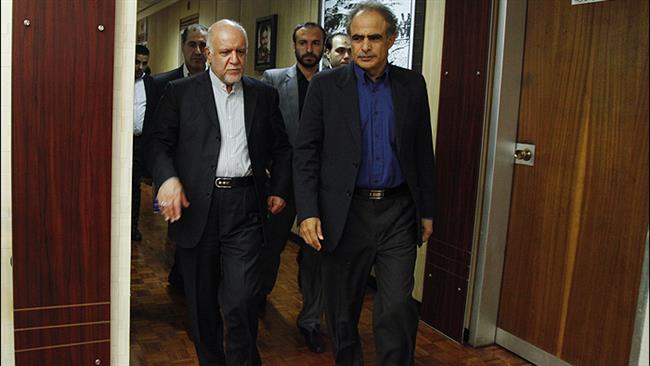 Oman has lent weight to Iran in a row over a Saudi proposal to freeze oil output at current levels, saying the Islamic Republic must be exempted from the plan.

Saudi Arabia, which pumped 10.2 million barrels daily in January, wants major producers to cap their output at existing levels at a time when Iran is ramping up production to claw back market share it lost under sanctions.

On Tuesday, Saudi Oil Minister Ali al-Naimi said he hoped producers would meet in March to negotiate an output freeze as he ruled out production cuts.

“Given the damage Iran’s oil exports have suffered as a result of Western sanctions, the country can be exempted from a possible OPEC agreement on freezing production,” the Mehr news agency on Wednesday quoted Rumhi as saying.

“One solution is that Iran is allowed to rebuild its production; any decision in this regard is up to OPEC members to make,” he added, according to the news agency.

Rumhi also said his country was ready to cut production by 10% if an agreement was reached. “Oman is not an OPEC member but it is ready to go along with OPEC,” he added.

On Sunday, Nigerian Energy Minister of Petroleum Emmanuel Kachikwu also said Iran must be given a way out to regain some of its lost market share due to sanctions.

“Countries like Iran and Iraq have been out of the market for a while and if they are to come back you shouldn’t freeze them out where they are, you should freeze them at a higher level,” Kachikwu said in Doha, Qatar.

Saudi Arabia, however, has said any agreement was contingent on all other producers agreeing to a freeze. On Tuesday, Naimi reiterated the position.

“Freeze is the beginning of a process, and that means if we can get all the major producers to agree not to add additional balance, then this high inventory we have now will probably decline in due time,” he said in Houston, Texas.

Analysts have expressed skepticism that Saudi Arabia is even capable of producing more than it is today. Moreover, an output freeze will not reduce the existing glut and will have no impact on prices.

Iran is seeking to increase output by 1 million barrels a day this year after sanctions on its oil industry were lifted last month. The country’s production has slumped since sanctions were imposed on its exports.

Minister of Petroleum Bijan Zangeneh on Tuesday dismissed the output freeze “a joke” which puts “unrealistic demands” on Iran.

“Some countries that are producing above 10 million barrels per day have called on Iran to freeze its production at one million bpd,” he said.