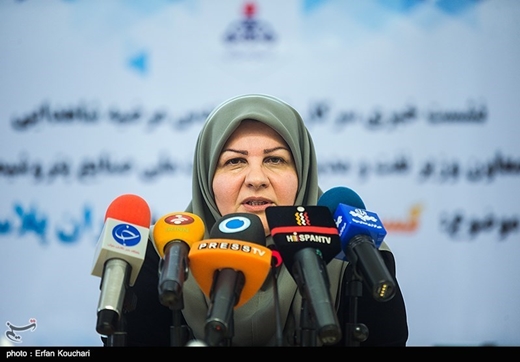 Managing director of Iran's National Petrochemical Company (NPC) said the company is in talks with a major chemical company from Europe for joining Iran's petrochemical projects.

Speaking at a press conference prior to the 10th Iran Plast Exhibition in Tehran, due on April 13-17, Marziyeh Shah-daei said NPC is currently in talks with a major petrochemical company, but nothing has been finalized so far.
She said the visiting Italian delegation to Iran may meet with petrochemical officials during their stay.

The official said Iran Plast exhibition will commence on April 13 with 500 foreign and 400 Iranian exhibiting companies.
The foreign exhibitors are coming from 13 European, 10 Asian and 2 African countries; furthermore, 200 businessmen from countries like Pakistan, Afghanistan, Turkmenistan, and Kazakhstan will visit the fair, she added.

The official further said NPC, under its new structure, is seeking to lure foreign financiers into investing in Iran’s unfinished petrochemical projects and the removal of US-led sanctions on Tehran’s nuclear agenda has facilitated NPC’s interactions with its would-be foreign partners.