We do not know the rules of the game: Former parliament speaker 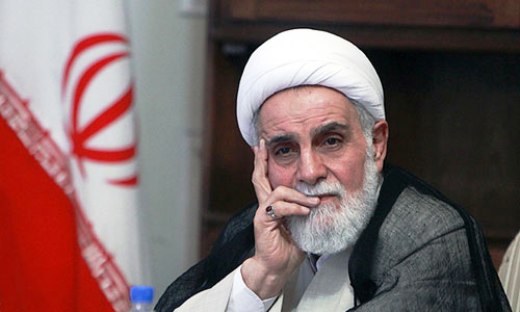 Unfortunately, we do not know the rules of the game; the country cannot be run in the absence of political parties, said Nategh Nouri.

On December 16, Iran, a daily, filed the remarks of Ali Akbar Nategh Nouri, a member of the Expediency Council and a former parliament speaker, on the role of political parties in promoting democracy in the country. What comes below is the translation of what he had to say at the 3rd National Seminar on the role of Research in the Legislative Process on Monday:

Highlighting the need for democratic tools in the country, Nategh Nouri said, “Unfortunately, we do not know the rules of the game and the country cannot be run in the absence of political parties.”

Hailing parties as the tools of democracy, he added, “A democratic country should have parties and without them, administration of affairs in the country becomes difficult.”

Recalling verses from the holy Koran he stated, “If ordinary people want to vote for a real expert to represent them in the Assembly of Experts, presidential office or parliament, they do not know [well] about the individuals [candidates] who can best represent their province, city or region, so they cannot opt for the right candidate.”

“In the absence of experts, we run the risk of getting entangled in conflicts between ethnic and tribal groups or making impulsive decisions. Unfortunately, studies suggest people act on a whim in national affairs. A country cannot be run on a whim, with different factions coming and going.”

Expressing regret about the absence of democratic tools and the lack of knowledge about the rules of the game, he said, “When Party A takes office [and replaces Party B], it is entitled to replace top-level ministers, advisors and deputies, but employees who hold lower positions, working under advisors and deputies should not be affected. But what we see here is that as soon as Party A rises to power, the scale of employee shakeup stretches into the lowest positions. Accordingly when Party B succeeds Party A, it follows suit, citing the fact that its predecessor has done the same thing.”

“Thirty five years have passed since the revolution. We are no longer inexperienced, and we cannot claim that we are going through trial and error. After 35 years, such [wrong] measures cannot be sold to anyone,” he added.

“We do not know the rules of the game, nor do we have the tools, therefore the need for parties should be institutionalized in the country so that parties can introduce candidates and experts so that people can vote for them. This is one of the necessities of the country,” Nategh Nouri said.

“Irregularity has caused substantial damage to our country and we have incurred a lot of losses. From now on, we need to pay closer attention to such matters to suffer fewer losses,” he stated.

“The Islamic Republic of Iran considers parliament one of the pillars of the establishment and under the Constitution, the Islamic Consultative Assembly is one of the most powerful bodies not only among Iran’s institutions but also among world parliaments,” he said.

“As the Constitution was being drafted, one of the individuals fundamentally opposed to inclusion of a term which would allow the dissolution of parliament was the Supreme Leader Ayatollah Khamenei who was of the opinion that parliament cannot be dissolved and its bills cannot be signed into law as long as they are not approved by the Guardian Council.

“However when those acts get the go-ahead no official in the country can veto them. Of course, under the very Constitution, aside from lawmaking, parliament can oversee the performance of the government as well as other branches,” he concluded.