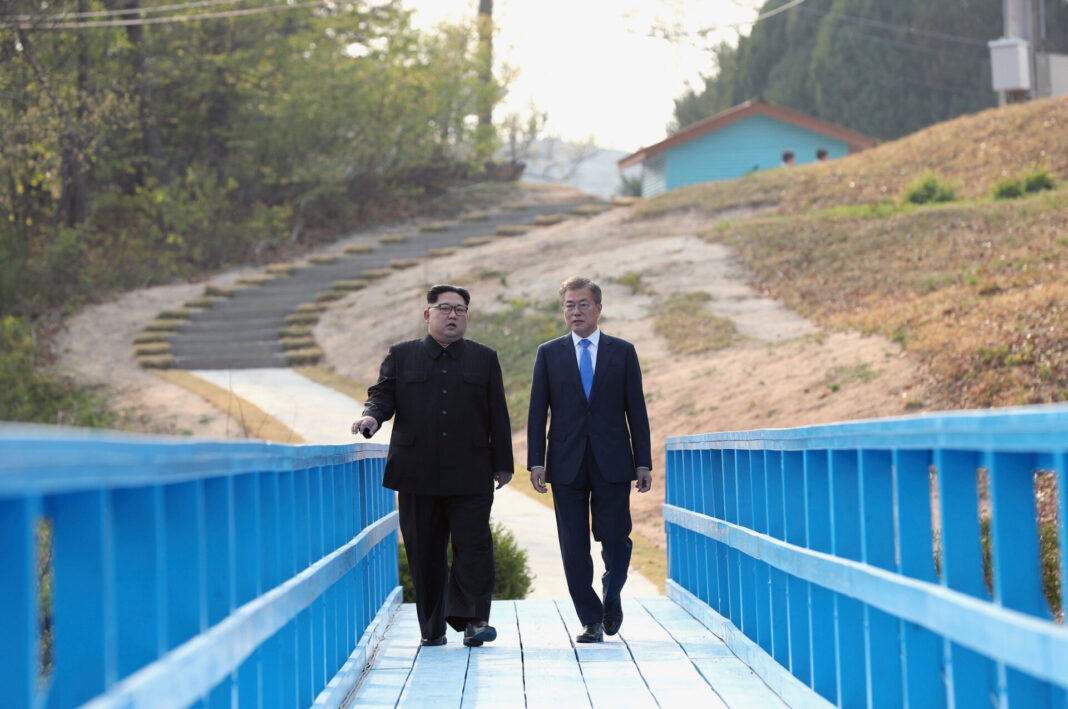 The sister of North Korean leader says Pyongyang is open to another summit with the neighboring south if mutual “respect” and “impartiality” between the two countries can be guaranteed.

The statement on Saturday was Kim Yo Jong’s second in two days.

She had urged Seoul on Friday to end its “hostile policies” towards Pyongyang after South Korea’s President Moon Jae-in called for declaring an official end to the state of war with the North.

The 1950-53 Korean War ended with an armistice not a peace treaty, leaving United States-led forces technically still at war with North Korea.

Pyongyang for decades has sought an end to the war but the United States has been reluctant to agree unless North Korea gives up its nuclear weapons.

“I think that only when impartiality and the attitude of respecting each other are maintained, can there be smooth understanding between the north and the south,” Kim Yo Jong noted.

She also said a summit, as well as discussions on a declaration to end the war, could be held “at an early date through constructive discussions”.

She went on to reiterate Friday’s call for the South to drop its “unequal double-standards”, in an apparent reference to Moon’s criticism of the North’s recent missile launches.

Last week, the South successfully test-fired successful a submarine-launched ballistic missile (SLBM), making it one of a handful of nations with the advanced technology.

North Korea carried out two missile firings this month alone, one involving a long-range cruise missile and the other short-range ballistic missiles.

Communications between the North and South have largely been cut in the aftermath of a second US-North summit in Hanoi that collapsed in February 2019 as then-US President Donald Trump and North Korean leader Kim Jong-un could not agree on the terms of an agreement.
Kim Yo Jong, who is a powerful confidant of her brother, said she noted with interest the intense discussion in the South over the renewed prospect of a formal declaration of the end of the Korean War.

“I felt that the atmosphere of the South Korean public desiring to recover the inter-Korean relations from a deadlock and achieve peaceful stability as soon as possible is irresistibly strong,” she stated, adding, “We, too, have the same desire.”

North Korea’s offer to engage in talks with South Korea comes after it rejected several overtures for dialogue by the US.

Joe Biden, the President of the US, said in his UN address last week that he wanted “sustained diplomacy” to resolve the crisis surrounding North Korea’s nuclear and missile programmes.