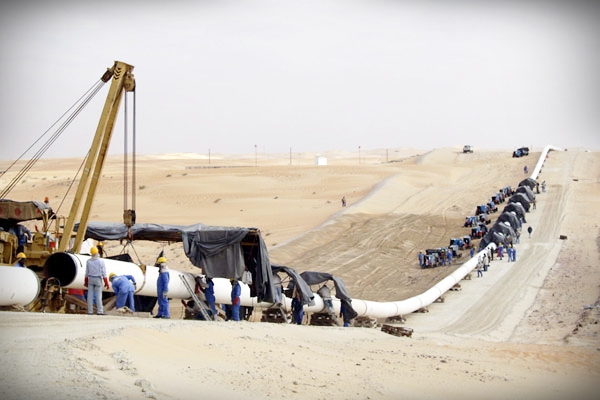 Pakistan has not fulfill its commitments towards  construction of a gas pipeline with Iran (IP) so far under the pretext ofsanctions, despite more than one year since the deadline specified in the contract. Now a high ranking Pakistani official says that there will be no problem and pressure from any third party to hinder construction of the pipeline upon lifting of sanctions.

Shahid Khaqan Abbasi, Pakistani Minister of Petroleum and Natural Resources, on Saturday Jan. 16, after meeting new Iranian ambassador to Islamabad ‘Mahdi Honardoost’, in an interviewwith IRNA said Mr. Honadoost has assured him that the sanctions will be lifted very soon. ”After lifting of sanctions, there would be no more obstacles or pressure from any country to prevent completion the Iran-Pakistan gas pipeline project and it can be completed by end of 2017″ he said.

“However, foreign banks and companies are concerned about the possibility of restorations of some sanctions while we do not yet know what kind of sanctions might re-imposed on Iran. Are all sanctions to be lifted at once or they will be a gradual relief”, said the Pakistani Minister.

In response to the question whether Pakistan could give a specific timetable for completion of the project within its territory, he said construction of pipeline between Gwadar Port and Nawabshah needs 30 months but we are trying to reduce this period to 24 months. There is a great potentials for expansion of ties between Iran and Pakistan and Pakistani refineries run by the private sector can also import their required crude oil from Iran, meanwhile Pakistan is interested in importing  liquid gas from Iran”, Said Shahid Khaqan Abbasi.