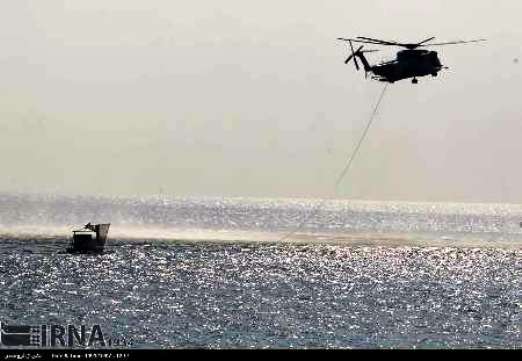 The Iranian oil tanker which was chased by armed pirates through the Bab-el-Mandeb Strait was rescued by the 32nd Fleet of the Iranian Navy.

The 32nd Fleet of the Iranian Navy rescued an Iranian oil tanker from a pirate attack in the Gulf of Aden on Monday.

The flotilla, which includes the Jamaran destroyer and Bushehr logistic vessel, was attending the ‘Mohammad Rasoulallah’ wargames in the north of the Indian Ocean and Gulf of Aden to protect the Islamic Republic’s interests in the international waters, and along naval routes and provide security for merchant vessels and tankers.

The Iranian tanker was passing through the Bab-el-Mandeb Strait when it was chased by armed pirates riding in eight speedboats.

The exercises cover an area of 2.2 million square kilometers stretching from the east of the Strait of Hormuz all the way to the north of the Indian Ocean.