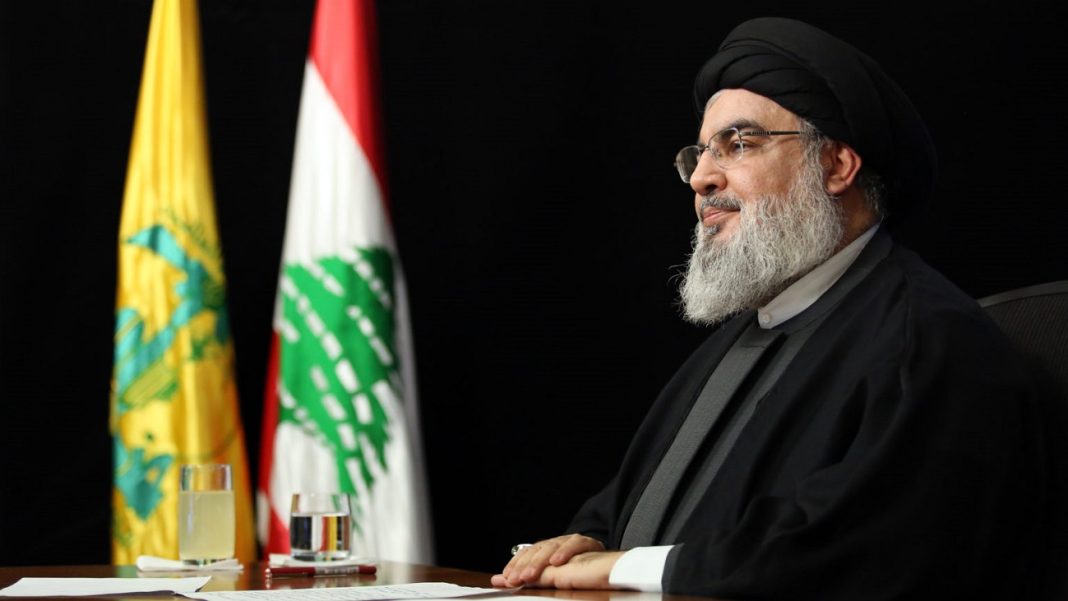 Hezbollah Secretary General Sayyed Hassan Nasrallah said US President Joe Biden is visiting the region with the aim of getting Saudi leaders to pump new crude supplies into the world oil market.

“Biden primarily came to persuade the Persian Gulf countries to produce and export more oil and gas,” he noted in a speech on the occasion of the outbreak of the 2006 war between Hezbollah and Israel.

Nasrallah added the United States is waging a war against Russia in Ukraine and has dragged with it all the countries of Europe which are beginning to suffer from it.

“The United States cannot allow Russia to be victorious. Today, their first objective is to ensure an alternative to Russian oil and gas in Europe,” he continued.

Biden, Nasrallah said, is also in the region to ensure that the United States stands alongside Israel and its project of normalization with the Persian Gulf countries. “He has nothing to offer the Palestinian people.”

The Hezbollah secretary general added a lot of hope and illusions are built around this visit, but the United States of today is not the same as it was in 2003 and 2006.

“Elderly President Biden, by his age and his gestures, is an image of an aging America,” Nasrallah noted.

He was speaking for the first time since the dispatch of drones to the area of the Karish field, which Israel claims is in its exclusive economic zone, but Lebanon contests it.

Resistance, Nasrallah said, is the only force Lebanon has to obtain its right to oil and gas. “The capacities of the resistance today are unprecedented, the fighting spirit is higher than ever,” he said.

“We have various capacities on earth, sea and air, and all these options are open,” Nasrallah added.

Israel is unable to conduct land operations against Lebanon, he said, adding the regime has pinned its only hope on airstrikes.

“Your threat to invade Beirut, Sidon and Tyre is trivial,” he said.

According to the Hezbollah chief, the only way to save Lebanese is to extract oil and gas, adding there is a golden opportunity for the country.

Nasrallah added if Lebanon is not allowed to extract oil and gas from maritime fields bordering occupied Palestinian fields, “no one will be”.

Nasrallah added he did not consider Amos Hochstein, the US envoy in charge of indirect negotiations between Lebanon and Israel, as a mediator, “but rather as a party that works in the interests of Israel and put pressure on the Lebanese side”.

The US, he also noted, has virtually launched a war in Ukraine against Russia, and is trying to curb Russia’s revenues from oil and gas exports.

Nasrallah also advised Biden to end the war on Yemen and give the Yemenis the chance to reach a political solution instead of extending the truce.

The Hezbollah chief further said that the Saudi-UAE-led coalition is fighting Yemen on behalf of the United States.

“All the Lebanese agree that the only way to address the national economic crisis is extracting and selling the maritime gas,” he added.