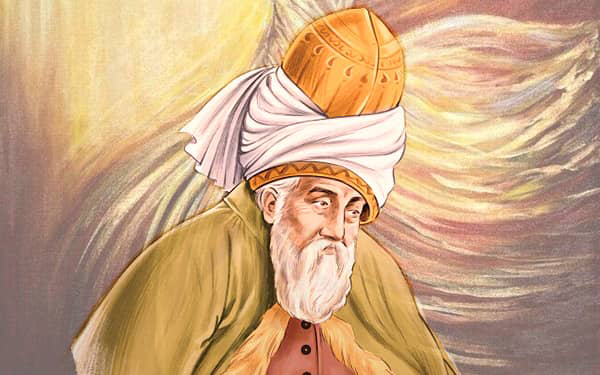 Ahmad Tamimdari, a Persian Language and Literature professor, says renowned 13th-century Iranian poet Molavi, who is known across the world through his translated works, namely those rendered by Coleman Barks, has nothing to do with the picture that we Iranians have of him. On the Iranian calendar, September 30 marks National Rumi Commemoration Day.

Rumi, better known as Molavi in Iran, authored a poetic collection of anecdotes and stories known as “Masnavi,” which is regarded as his magnum opus, along with several other literary works.

What follows is an interview with Tamimdari conducted by Khabaronline about how Molavi, as the author of Masnavi, is known in Iran and how he is known around the world through his translated works, namely the ones translated by Coleman Barks

–  How different is the “Rumi” introduced to the world through Coleman Barks’ translations from the literary figure that we Iranians know as “Molvavi”?

Tamimdari: In fact, these two have nothing to do with each other. Of course, several translators have rendered his works into other languages.

For instance, we can mention Arthur John Arberry. Another one is Reynold Alleyne Nicholson, whose translations of Rumi’s works are the most famous ones and are more adducible as he was an expert in the Arabic language and was familiar with Islamic and mystic concepts.

We can say that Coleman Barks’ translation of Rumi’s works was just an indulgence.

Barks knew neither Persian nor Arabic. Moreover, in his translations, Barks has omitted all Quranic verses and hadiths and added his own interpretation of Rumi’s poems.

I remember one of our professors kept saying that Madonna had read Rumi’s poems! And we told him that Madonna was a mediocre, uneducated singer and unable to have any understanding of Rumi’s works. The reason is that mystic works are commonly referred to as the “second language,” which needs interpretation.

Even in our own country, people who interpret Masnavi are different. Some regard Masnavi as a misleading book while some adore it as a second Quran. However, that is not the case with distinguished Iranian poet Hafez. I believe all this emanates from the extent of the reader’s familiarity with the Quran and hadiths and his understanding of Islamic knowledge.

In fact, the Westerners are mostly into love, eating and that kind of thing and, hence, have a superficial interpretation of Persian poetry.