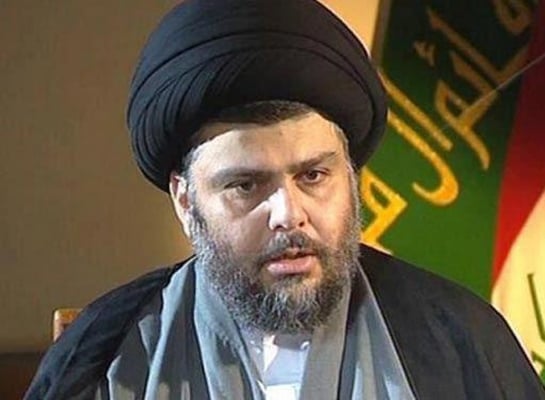 Muqtada Sadr, the influential leader of the Sadrist Movement of Iraq, has called on the Iraqi people to come to Karbala on Arba’een and chant slogans against the US, the Zionist regime and the corrupt Iraqi officials.

Sadr called on Iraqis to pour in their millions into Karbala province on Arba’een which marks the anniversary of the fortieth day after Ashura.

He announced in a statement that “People of Iraq, [who are moving towards the Qibla of the Freedom-seeking Revolutionists], move in millions and in a systematic way. May God protect you.”

He urged Iraqis to gather in Karbala on Arba’een Day to shout “No to America … No to Israel … No to Corruption.”

The leader of the Sadr Movement reiterated that Iraqis would also shout “Free Baghdad, Free Baghdad” and “Corrupt Go Out” on Arba’een Day.

Millions of Shiite pilgrims from around the world have flocked to the Iraqi cities of Najaf and Karbala to mark the fortieth day after the martyrdom anniversary of Imam Hussein.

Iraq was the scene of anti-government demonstrations for a week as of October 1. Most of the protests were held to show anger at corruption and poor living conditions, but many foreign agents were also involved in abusing the legitimate demands of the Iraqi people.

Faleh al-Fayyad, leader of Hashd al-Shaabi organisation and Iraqi national security adviser, said on October 7 that “we know who is behind the demonstrations” and that the plan to overthrow the establishment in Iraq failed.

Noting that “there is no room for a coup or a riot,” al-Fayyad stressed that there are positive demands for reforming the political process and that is what is being discussed at government meetings.