I made a mistake when I fielded my candidacy: Former Chief of Staff 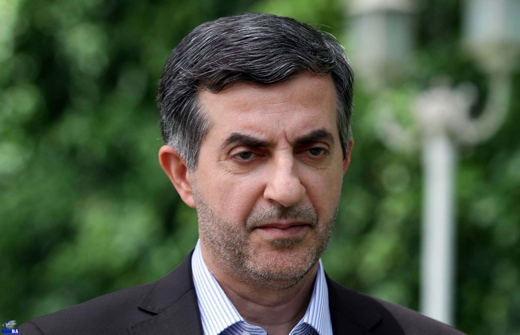 Over the past one year, to foster unity between advocates of former President Ahmadinejad, I have decided to give up politics forever, said Esfandiar Rahim Mashaei.

On December 14, Arman-e Emrooz, a daily, carried the remarks of Esfandiar Rahim Mashaei, President Ahmadinejad’s chief of staff, about his recent decision to qyuit politics in a bid to promote unity among divided supporters of the former president. What appears next is the translation of his comments in a meeting with a number of Ahmadinejad supporters:

If the Islamic Revolution Stability Front and other Hezbollah [Party of God] followers [a reference to a principlist faction at odds with the current government and Hashemi Rafsanjani] avoid backing Ahmadinejad just because of my close relationship with him, I am ready to distance myself from him as of today.

In the course of the past year, I decided to give up politics forever just to foster unity among advocates of Ahmadinejad. Unfortunately, division and disillusion which erupted in the camp of Ahmadinejad benefited Hashemi’s camp and we need to stop this trend.

The fate of the justice-seeking current should not hinge on one individual. That’s why I have distanced myself [from politics] forever, so that the advocates of Ahmadinejad could stay as one again. Today, when I look back at the developments of the last five years, I tell myself when the Supreme Leader wisely said that my position as vice president was a source of disillusion for Ahmadinejad supporters, it was not expedient to stay by the side of Ahmadinejad on the [political] scene, nor should I have fielded my candidacy for presidential election.

Ahmadinejad is an invaluable asset who should be saved for the sake of justice and the rule of religious jurisprudence. Hundreds of Mashaeis can be sacrificed to advance this cause.