At Least 24 Killed in Saudi Airstrike on Yemen Market 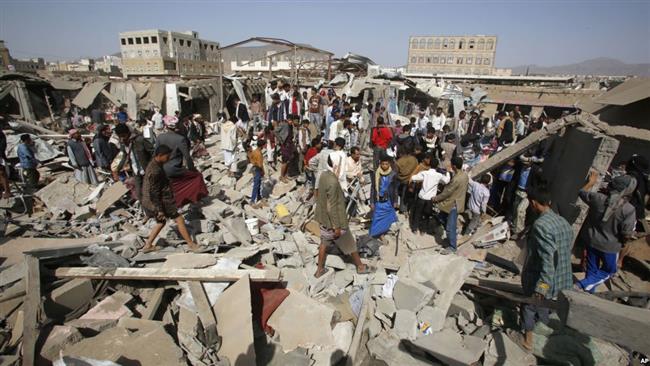 The aircraft hit the al-Moshnaq market in Sa’ada Province’s Shada’a District Saturday night as people gathered to buy staples for Eid al-Fitr, a festivity which marks the end of the holy fasting month of Ramadan.

The network said the casualty figure could rise because the aircraft kept bombing after relief teams arrived at the scene.

The report said some of the fatalities have already been identified as relief workers, who died trying to reach the marketplace amid continued bombing.

The civilian fatalities from the invasion has been put at more than 12,000 people so far.

The Saudi bombing of a funeral hall in the capital Sana’a back in February grabbed rare international attention, in which more than 140 people were killed while attending a wake.

The invasion has enjoyed logistical and generous arms support, including cluster munitions, from the United States and the United Kingdom.