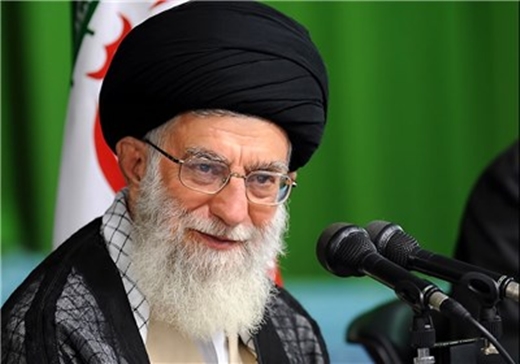 The Supreme Leader has praised Iranian athletes for their spiritual resistance and insistence on promoting religious values during the sporting events.

Speaking in a gathering of Iranian athletes and champions in Tehran on Wednesday, Ayatollah Khamenei said the country’s athletes can demonstrate moral virtues in the international arenas.

“In a world that the elimination of religion and chastity has been put on the agenda of the international centers and global media empire, and the issues of nudity and immorality are being promoted broadly, demonstration of symbol of spirituality by a young Iranian athlete, indeed, shows the Iranian nation’s moral resistance capability against such a huge deviating wave in the world,” the Leader warned.

Ayatollah Khamenei further praised the Iranian athletes for their “spiritual resistance” and “insistence on preserving and promoting the religious values” during the sports events that are seen by millions of spectators across the world.

“Such spiritual resistance in the international arenas demonstrates the firm element of the Iranian nation’s perseverance and resistance,” the Leader explained.

The Leader also pointed to the symbolic influence of champions on people, noting that every nice gesture made by a sports champion will lead to “millions of good moves” in the society.

Iranian female athletes attend sports events while they respect the Islamic code of dressing and wear hijab.Moreover, Iranian medal-winners refuse to shake hands with the opposite sex, a move prohibited under Islamic teachings.