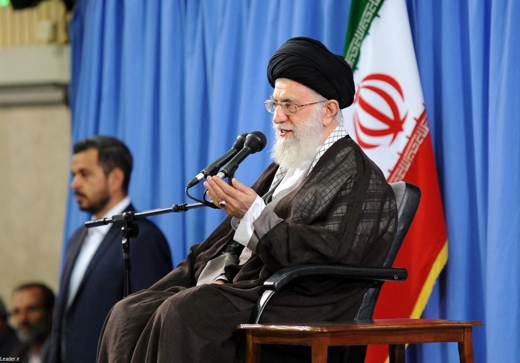 The Supreme Leader has said that Hajj symbolizes convergence among Muslim nations and is the real symbol of Islamic rapport and empathy.

Supreme Leader of the Islamic Revolution Ayatollah Seyyed Ali Khamenei has lashed out at those who distort realities and sow discord among Muslims.

“Hajj does not only belong to us Iranians, but belongs to the Islamic Ummah and guarantees the continuation of Islam,” the Leader stated while addressing a group of Iranian Hajj officials in Tehran on Saturday.

The Leader added that Hajj symbolizes convergence among Muslim nations.

“Hajj is the real symbol of Islamic rapport and empathy,” Ayatollah Khamenei underlined, and went on to say “May God curse those who tried to alienate the minds [of people] from the reality and significance of Islam, and to divide Muslims into different groups with different motives.”

The Leader then took a swipe at efforts to aggrandize other nationalities against the grandeur of the Islamic community, saying, “Grandeur belongs to the Islamic Ummah.”