Lazy People Joining Together to Stop Being Idle 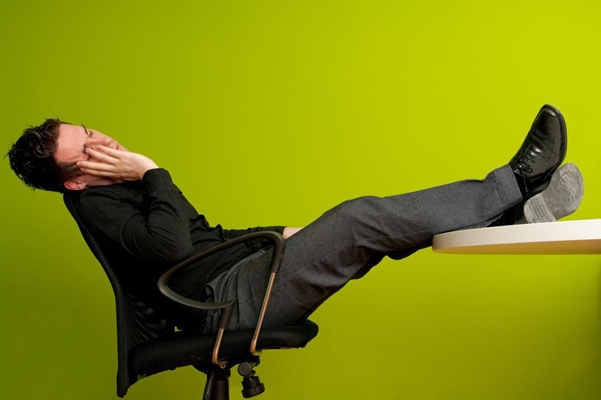 A group of lazy people have launched an Anonymous Idle Society since three years ago in order find ways to get rid of their problems, some of which are quite funny.

There are young girls and boys as well as older men and women’s treatment, them. One is a housewife and the other is a student. Elder people recount their experiences of laziness to motivate the new members.

One has never been able to have a job at the time, and even he used to arrive at school at 11 or 12!  The other one makes you cry when he talks of his unfinished jobs.

Members of this society have told Shahrvand daily about their experiences and achievements after participating in this forum.

One of them says “most of my relatives have seen me often sitting or lying on bed. These are the only images of me in their minds.”

Since many years ago, he liked to live like normal people; but it has remained always a wish. “Masoud” considers laziness to be a disease that affects all aspects of human life. He believes that people realise this when they do not want to stand up and sit on another couch. He considers this lifestyle boring and agonizing. This as many think the lazy people just want to enjoy the everyday life and they have abandoned all aspects of life to enjoy more.  They think the lazy people are happy in the world they have created for themselves.

This is the first time that ‘Sara’ visits a group of people like herself at the same time. She seems calm. “Most of the time, I did not feel well, and I stopped whatever I started to do after a while. I decided to emigrate and I had to learn English first. I enrolled at an institute, but I dropped classes one after the other, and eventually I left it and I started self-studying. I knew that I am an idle person. On the Internet, I was looking for laziness books and I got familiar with a book called “Psychology of Idleness”, and I started to implement some of its instructions. But in the end, it did not last more than a week or 10 days, and now I’m attending this course to treat my laziness forever.”

It is Mahdi’s 52nd day here. He says “My laziness is different from others. My mind is lazy and I cannot focus on anything. I’m not even able to listen to words. My laziness is so severe that sometimes I feel bad. These classes help you understand that there are other people like you, and it’s a bit easier to handle. No one considers laziness as a disease, and all the time people are criticising the lazy people. I was always fined for not having my car’s technical inspection card, but after attending these classes for the first time I renewed the card before it expires, and I am so happy about this. You must be in my shoes to find out how sweet this experience is.”

Another member of this society says: “All that I remember from the past is that I was a sleepy woman who was not even willing to turn on the TV. Zeinab says the only thing I did was to order meals. Although most of the time my husband was ordering the food! I now have a plan. When I wake up, there is something I have to do. We eat at home and we are not forced to order meals anymore. Most importantly, it is about three months that I am brushing my teeth and I’m not angry with myself anymore.”

“My name is Marzieh. I am an idle person who is getting treated.”  Marzieh believes that the most salient symptom of laziness is “postponement”. “The idle people always postpone their tasks.”

She is the manager and founder of an institute, but according to herself, her idealism and laziness have hampered her progress. “I used to find excuses for my laziness to appease myself a bit.”

Anonymous Idle Society has started its job in Iran since 1995. Ahmad, one of the founders of the association, remembers those days very well. “We were three or four lazy people who took part in “Twelve Steps” classes. At those classes, we found out that we are idle. We were gathering at Azadi Square once a week trying to cure our laziness. It continued till one of the guys rented a room, and the classes were held over time in modern forms.”

He laughs and introduces himself as one of the first lazy Iranians. “Through all these years, many people participated in these classes and could cure their laziness. This community is a good opportunity to listen to others without paying money. Nobody will judge you and your experiences. We all were planners, plans that were written but never implemented.”