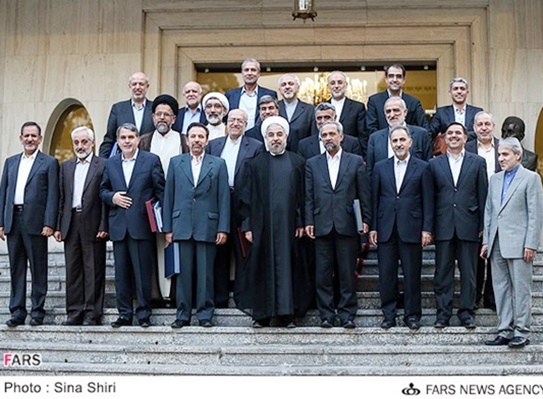 June 13 was the third anniversary of President Hassan Rouhani’s victory in 2013 elections. Many newspapers and news websites discussed the 3-year performance of his administration, and most of them criticized the incumbent government for its economic policies.

Javan Online was one of those outlets that spoke out against Rouhani’s economic performance. Here’s IFP’s translation of excerpts from Javan’s article written by Mohammad Esmaeili, which gives examples of pro-government media criticizing Rouhani’s administration:

Almost one year is left in Rouhani’s term. During the past three years, he has concentrated fully on the nuclear issue, and failed to pay enough attention to economy and culture.

The critics of Rouhani’s administration, as well as some pro-government figures, consider the lack of sufficient attention on the economy and culture as the incumbent government’s Achilles’ heel in the upcoming presidential votes.

Today, a wider range of analysts and media are dissatisfied with the government’s economic performance on the year leading to the end of Rouhani’s term. Now, even staunch supporters of Rouhani are also criticizing his government.

Ghanoon daily, one of the steadfast supporters of Rouhani’s administration, dedicated its front page to its criticism of the government’s policies, using the headline “Opponents and Proponents of Government Are Dissatisfied with Its Economic Policies: 1096 Days of Moderation without Economy”.

It wrote, “What was the meaning and message of people’s repeated support for the advocates of “moderation” in recent elections? […] Such popular campaigns can be regarded as social acts reacting to society’s urgent situation. […] People’s political turnout was because they felt they were able to affect their own fate, and the routes for changing their demands into decisions were open through the ballot boxes. […] During the recent elections, the goal was not to put the members of a particular faction in charge of the country; the important point, rather, was to decrease the distance between the government and other ruling bodies, and to reduce radicalism within the government.”

Within the past three years, the government’s attempt to shift the focus from the country’s main problems onto other issues helped reformists gain two achievements. Firstly, they will be able to question the incumbent administration’s executive and management capabilities for overcoming domestic problems in the upcoming Presidential elections [2017], and thus increase the need for voting for their own candidate.

Secondly, in a broader perspective, they will also be able to increase people’s scepticism and mistrust of the Establishment’s servants, because after Rouhani’s election, an atmosphere of hope and self-confidence for resolving domestic problems formed within the society. Now that the government is shown to be incapable of settling the problems after four years, the people will be automatically disappointed at the Establishment and its servants, and will have no willingness to vote in the upcoming polls.

This is the same strategic goal pursued by the [Western] hegemony to “cause rifts between people and the Islamic ruling system”.