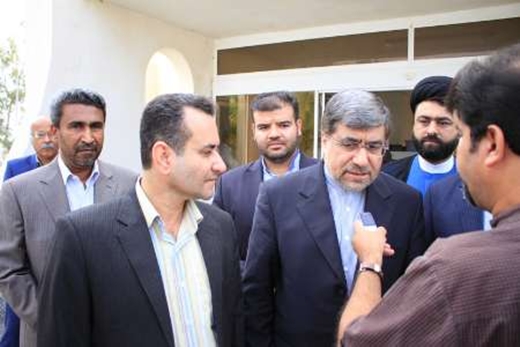 Culture and Islamic Guidance Minister Ali Jannati said that the establishment of the Persian Gulf Foundation in Bandar Abbas is a historic necessity.

Talking to IRNA on Friday, Jannati added that the foundation can become a major centre for cultural, historic, political, economic and social documents and data.

Music, dialect and historic traditions and documents are among the issues to be addressed by the foundation, with the ministry extending its full support to the new entity.

Describing the most important features of the International Persian Gulf Festival as being its popular approach and its cultural diversity, he said that after five editions of the event, the people have become the main organizers of the event, and that it has become a national and international movement.

Jannati arrived in Bandar Abbas to attend a ceremony marking Persian Gulf Day, which falls on April 29 when the Portuguese were expelled from the Straits of Hormuz and the Persian Gulf.