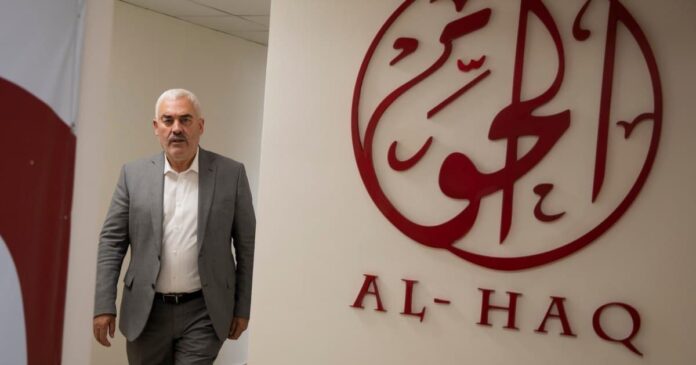 An Israeli envoy will visit Washington to justify the recent decision by Tel Aviv to designate six Palestinian human rights organizations as “terrorists”.

The statement on Tuesday, made by senior Israeli Foreign Ministry official Joshua Zarka on Israeli Army Radio, comes as rights groups and United Nations experts have increasingly condemned the designation of the organizations, calling the move a major escalation of Israel’s decades-long crackdown on political activism in the occupied Palestinian territories.

For its part, the administration of President Joe Biden announced on Friday that it had not been notified by its close ally of the plans to single out the groups in advance. Israeli officials have contested that claim.

Zarka said on Tuesday the envoy would give United States officials “all the details and to present them all the intelligence” during the visit in the coming days.

He added he had personally updated US officials on Israel’s intention to outlaw the groups last week, and said he believed Washington wanted a more thorough explanation of the decision.

Observers say the situation, which comes amid a series of controversial moves against Palestinian rights from the government of Israeli Prime Minister Naftali Bennett, may represent the first test of the relationship between the Biden administration and Israel’s new coalition government, which ended the 12-year rule of former Prime Minister Benjamin Netanyahu in June.

Speaking to reporters on Monday, US State Department spokesman Ned Price declined to address the disagreement over whether Washington had been given pre-notice of the designation, but said the US was generally seeking more information from Israel.

He noted the US believes that “respect for human rights, fundamental freedoms, and a strong, independent civil society” were “critically important” in democracy and good governance.

Several of the organizations targeted by Israel – which are Al-Haq, a human rights group founded in 1979; the Addameer rights group; Defense for Children International-Palestine; the Bisan Center for Research and Development; the Union of Palestinian Women’s Committees; and the Union of Agricultural Work Committees – document alleged human rights violations by Israel as well as the Palestinian Authority, which governs parts of the occupied West Bank.

In a joint statement on Monday, more than 20 Israeli human rights groups, including some of the country’s most established organizations, condemned the step, calling it “a draconian measure that criminalizes critical human rights work”.

The labelling appears to pave the way for security forces to potentially raid the organizations’ offices, seize assets, arrest staff and criminalize any public expressions of support for them.

Since taking office, the Biden administration has continued the US’s staunch support for Israel, but has promised a more human rights-led policy than that of predecessor Donald Trump, who largely disregarded Palestinians in favour of a permissive approach towards Israel.

Meanwhile, Bennett, a right-wing politician who rose to power as part of a disparate coalition government, has generally downplayed Palestinian issues in his dealings with the US, apparently part of a larger strategy to “shrink” the international prominence of the longstanding conflict.

That approach appears to have shifted in recent weeks.

On Sunday, Israel announced plans to advance the construction of more than 1,300 new settlement homes in the West Bank. The move is the first of its kind since Biden – who has said he will take a harder line against settlements, which are illegal under international law – took office in January.

Washington has not publicly responded to the new plans.

Meanwhile, US Secretary of State Antony Blinken last month reiterated Washington’s plan to reopen a US diplomatic mission for Palestinians in Jerusalem that was closed under Trump.

On Sunday, Israel’s deputy foreign minister, Idan Roll, told Ynet TV the US may shelve those plans amid opposition from Israeli officials. The Biden administration has not responded to the statement.