Islamabad-Riyadh Cooperation Will Not Damage Tehran 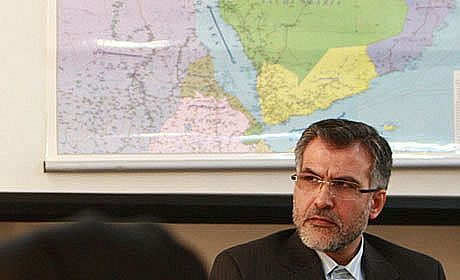 A speech made by Mohammad Reza Bahrami, Iran’s ambassador to Afghanistan, in the Iranian Diplomacy roundtable entitled “A Look at Pakistani-Saudi Political and Security Cooperation”

Pakistan has a population of more than 180 million. It receives foreign aid and without foreign aids it would be faced with problems in running the country. During recent years, Pakistan has been faced with numerous problems in the economic and energy areas and also unemployment. On the issue of security, Pakistan is confronted with two serious challenges; one, domestic radicalism and the other, the problems it has with the Baloches in Balochistan province.

If we look at the relations between Pakistan and Saudi Arabia alongside these components, we will find several interesting points in this regard. First of all, about one and a half million Pakistanis work in Saudi Arabia. This number is separate from those Pakistanis who work in other Persian Gulf Arab littoral states. In other words, several billion dollars enters this country through this means. Saudi Arabia gives 50000 barrels of oil with special conditions to Pakistan on a daily basis which is effective in solving part of Pakistan’s energy problem. This number is very considerable for Pakistan. On the issue of Keshmir, Saudi Arabia approves the opinion of Pakistan. Of course, this does not mean that this issue would damage the relations between Saudi Arabia and India. These two countries have also signed a security cooperation agreement after the war in Kuwait which is the basis of their tasks in the security area. Basically, Pakistan has strategic relations with China and Saudi Arabia. On the other hand, both countries use the issue of radicalism in their countries.

The point is that If Iran is considered as a threat for Saudi Arabia, is there a definition between Pakistan and Saudi Arabia with regard to this threat? Aside from the type of interactions which have existed between Saudi Arabia and Pakistan since years ago, particularly since 2014, the interactions between the two countries have developed and visits by high-ranking officials were made especially in the new government of Pakistan. The one and a half billion dollars of aid, the visit of the three prominent Saudi officials to Pakistan and the visit made by the Prime Minister and the presence of senior commanders of Pakistan in the military maneuver which Saudi Arabia has held are among the signs of the expansion of relations between these two countries. Nonetheless, despite all these common points, the first question which is raised is whether Pakistan’s definition of the threat is similar to that of Saudi Arabia or not? Meanwhile one point must be considered and that is that Pakistan must be careful so that the fragility of its domestic situation would not be impacted by the transfer of the competitions of other countries inside its country. This means that Pakistan must know that if these differences are transferred into the country, it could add to the fragility of its situation.

On the other hand, the relations between Pakistan and the Islamic Republic of Iran are beyond the level to place it in the equation of relations between Saudi Arabia and Iran. It means that we must certainly consider a clear boundary in the type and nature of Saudi Arabia’s relations with Iran and with Pakistan with regard to Iran.

I believe that we cannot reach a common definition. Saudi Arabia’s look towards Iran will not necessarily be similar to that of Pakistan towards Iran. While the Pakistanis are interested in expanding their relations with Saudi Arabia due to their domestic needs, the translation of these relations would not necessarily be a threat against Iran’s interests. Perhaps, they would prepare these facilities for the non-governmental sectors in the areas which are Iran’s regional interests and not direct interests. In other words, they might not make the task difficult for the non-governmental sectors to enter the areas which could create concerns, like the issues which were formerly discussed with regard to Syria. The government of Pakistan has officially rejected the issue of intervention in Syria. But the radical movements which are inside Pakistan can intervene in the path which is desired by some of the regional countries. The translation of this issue would not mean that the government of Pakistan is necessarily taking steps in this path meaning that it has chosen between Iran and Saudi Arabia especially in the security issue. I believe that this has not happened. Nevertheless, this point must be noted that Saudi Arabia’s expectations from Pakistan are more related to the army and not the government.