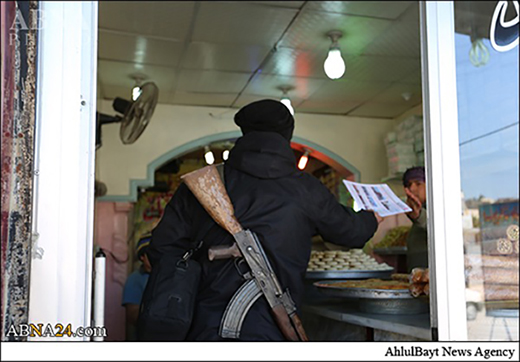 IS has released a daily in a bid to lure the youth in the region under its control.

As part of their propaganda war, IS terrorists have recently published a daily in Syria’s Aleppo.

Publication of the daily in the region under IS control is, among other things, aimed at recruiting children and spreading misleading beliefs.

The following snapshots by Abna.ir (Ahlu-Bayt News Agency) show the distribution of the daily in an IS-held region on April 12: