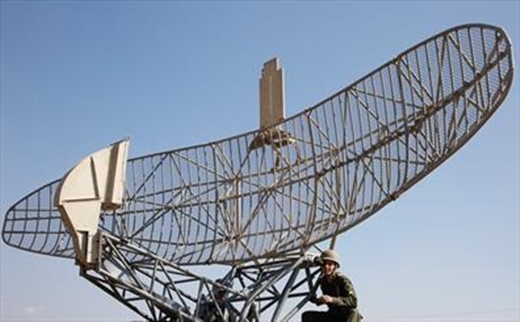 The Ghadir radar system is capable of tracking planes from a 600-kilometer and ballistic missiles from a 1,100-kilometer distance and an altitude of 100 kilometers.

The Islamic Revolution Guard Corps (IRGC) deployed its Ghadir phased-array radar system with a range of 1,100 kilometers in southern Iran on Saturday.

The Ghadir radar system is capable of discovering and tracking planes from a 600-kilometer and ballistic missiles from a 1,100-kilometer distance and an altitude of 100 kilometers.

Commander of Khatam al-Anbiya Air Defense Base Brigadier General Farzad Esmaeili and a number of other Iranian Armed Forces commanders were present in the unveiling ceremony at IRGC’s Air Defense Site in the city of Ahwaz in the bordering province of Khuzestan in southwestern Iran.

The radar system is equipped with over 100 antennas which are capable of 360 degrees rotation.

The phased-array Ghadir radar system can be used in all types of electronic warfare and in all climatic conditions.

“This radar system can cover areas around 1,100 km in range and its designing and production project ended early last (Iranian) year and is now being mass-produced,” Hajizadeh told FNA at the time.

The Ghadir radar system which covers areas (maximum) 1,100km in distance and 300km in altitude has been designed and built to identify aerial targets, radar-evading aircraft, cruise missiles and ballistic missiles as well as low-altitude satellites.