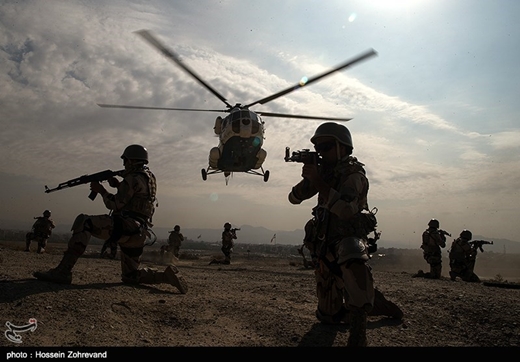 The Islamic Revolution Guards Corps (IRGC) has deployed 100 trainers and commanders from its Imam Hussein University to Syria and Iraq over the past year for advisory missions, commander of the military university told Tasnim.

General Morteza Saffari told Tasnim on Saturday that the instructors from Imam Hussein University have been dispatched to Syria and Iraq for two-month missions.

A number of those IRGC forces have returned home after accomplishing their missions, while a number of others have been martyred or wounded, the commander explained.

General Saffari, however, noted that another number of the 100 forces have remained in those two countries, where necessary.

Imam Hussein University (IHU) is a public university in Tehran, run by the IRGC, training cadets for the force.

Iran, a close ally of Syria and Iraq, has been supporting the two Arab countries in the fight against foreign-backed mercenaries and terrorists.

Tehran has already made it clear that its assistance to Syria and Iraq is confined to consultation and advisory help.

Iraq has been also grappling with the threat of Daesh terrorists, who invaded the country in summer 2014.