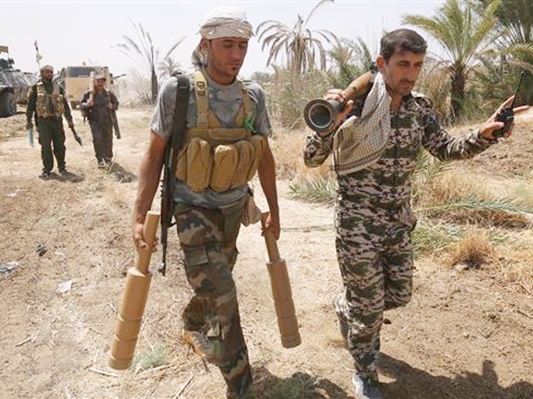 Iraq’s Prime Minister, National Security Adviser, and the Hashd al-Shaabi, also known as the Popular Mobilization Units, vehemently condemned the Saudi Foreign Minister’s call for the dissolution of the popular force, which is assisting army soldiers in battles against the Takfiri ISIS terrorist group.

Hashd al-Shaabi, in a statement released on Thursday, argued that Adel al-Jubeir’s calls for the dismantling of the Popular Mobilization Units exceeded all limits, calling on the United Nations to take measures against him.

The statement further pointed to Hashd al-Shaabi as the main force fighting the scourge of ISIS terrorism, noting that Saudi Arabia is pursuing a spiteful political campaign against the Popular Mobilization Units through its officials and ambassador to Baghdad Thamer al-Sabhan as well as pro-Riyadh media outlets.

Hashd al-Shaabi also urged the Iraqi Foreign Ministry to take a firm stand in the face of Saudi Arabia’s abusive policies, as reported by Press TV.

Iraqi National Security Adviser Faleh al-Fayyad also told Arabic-language al-Sumaria television network on Thursday that the top Saudi diplomat’s “demand for the dismantling of the Popular Mobilization Units reflects the scope of his narrow-mindedness. Such comments are not beneficial to bilateral relations [between Baghdad and Riyadh]. It is outside the purview of Jubeir or anyone else to debate the issue.”

“The world has begun to realize that Hashd al-Shaabi is a key factor in the fight against terrorism. The force crushed ISIS, which operates to cause sectarian tensions in Iraq and is poised to kill 70 percent of the Iraqi population,” Fayyad said.

“Hashd al-Shaabi is an official party that incorporates various walks of the Iraqi nation. It is part of the national Iraqi defense forces, under the control of the National Operational Command, and receives its budget from the Iraqi government,” the statement said.