Iraqi Gov’t to Approach Saudi Arabia to Replace Its Ambassador 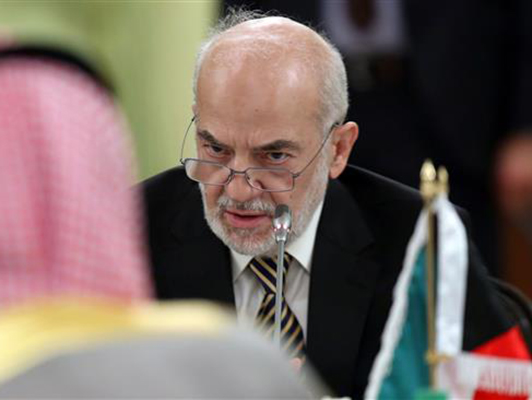 An official source linked with the Iraqi government says Baghdad intends to submit a request for Saudi Arabia to replace its ambassador to Iraq, Thamer al-Sabhan, against the backdrop of his repeated interventionist remarks.

According to a report by Russian news agency Sputnik, as covered by IRNA, the source said that the Saudi ambassador’s statements and positions are planned to be discussed in the Iraqi Cabinet meeting, scheduled for Tuesday June 21.

In a Twitter post, Sabhan wrote that Iranian military advisers were in Fallujah to incite sectarian violence and change the demographic composition of the city. The Saudi ambassador made the remarks after Iraqi troops retook Fallujah from ISIS militants on Friday and trained their sights on Mosul, the last Takfiri bastion in the country.

The Iraqi Foreign Ministry summoned Sabhan “to inform him of its official protest regarding his divisive statements.” The ministry said Baghdad would not allow anyone to stoke divisions in the country through making sectarian comments. Baghdad also said it would not allow Riyadh to draw Iraq into the kingdom’s conflict with Tehran.

Iraqi officials have at times stated that Iranian military advisers are in the Arab country at the request of Baghdad.

Ja’afari further pointed to Baghdad’s policy of détente vis-à-vis world countries, adding that his country does not seek to cut diplomatic ties with any state.

Former Iraqi Prime Minister Ayad Allawi, a regular critic of the government, also condemned Sabhan’s comments as “meddlesome, alarming and unacceptable.” Allawi said in an interview with al-Sumaria satellite television network late on Saturday that the battle in Fallujah was against Daesh [ISIS] terrorists, and not sectarian in nature. He said he would have demanded a replacement for Sabhan if he had been in charge, as reported by Press TV.

Several Iraqi officials have accused Saudi Arabia of supporting Takfiris and remnants of the former dictator Saddam Hussein. This is not the first time that the Saudi envoy to Baghdad has made such remarks about Baghdad’s campaign against terrorists.

Back in January, Sabhan claimed that sectarianism and tribalism were the driving force behind the Iraqi government’s arming of volunteer forces, known as Hashd al-Shaabi. He had also alleged that the Iraqi volunteer forces were not popular among Iraqi people.

The comments drew angry reactions among senior officials, who called for the Saudi envoy to be expelled. Baghdad summoned Sabhan at the time and denounced his remarks as, “A breach of diplomatic protocols and based on inaccurate information.”