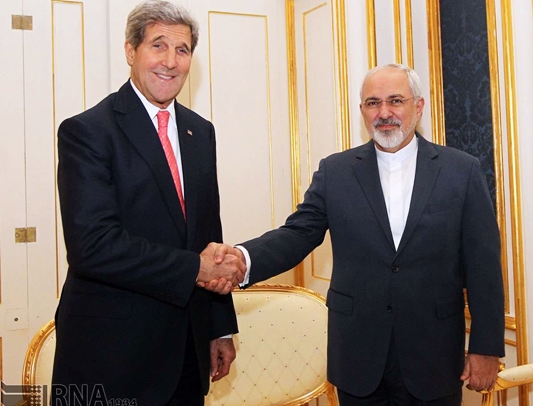 Iranian Foreign Minister Mohammad Javad Zarif and US Secretary of State John Kerry have been voted as the winners of this year’s Chatham House Prize for their pivotal role in the conclusion of a nuclear agreement between Iran and the six world countries in 2015.

Chatham House members voted this year for Zarif and Kerry in recognition of their crucial roles, throughout 2015, in successfully negotiating the landmark nuclear agreement, known as the Joint Comprehensive Plan of Action (JCPOA), between Iran and the Group 5+1, the organization announced on Monday.

The JCPOA was signed between Iran and the five permanent members of the United Nations Security Council – the United States, Britain, France, China and Russia – plus Germany on July 14, 2015, Tasnim reported.

The deal is considered to be a settlement of one of the most intractable diplomatic stand-offs in international affairs in the 21st century as many regarded as impossible an agreement between the two sides.

The Iranian foreign minister and his American counterpart succeeded in overcoming enormous technical complexity and entrenched domestic opposition in both Tehran and Washington in the absence of diplomatic relations in more than three decades, the website of the UK-based Royal Institute of International Affairs, commonly known as Chatham House, reported.

However, Zarif and Kerry’s leadership and commitment, in particular, were imperative to sustaining and driving the negotiations to their successful conclusion, the report said.

With the vital participation of other P5+1 countries, the top Iranian and US diplomats secured the deal which was endorsed by the UN Security Council and more than 90 countries and was a victory for diplomacy, it added, Press TV reported.

Qassemi quoted Mohammad Javad Zarif as saying that the prize is for all Iranian nation, those who proudly left behind pressure and sanctions in recent years with resistance and wisdom.

He underlined that Foreign Minister Zarif will not attend the ceremony to receive his prize due to busy schedules and high compression.

The Chatham House Prize is presented annually to the person, persons or organization deemed by members of the Royal Institute of International Affairs to have made the most significant contribution to the improvement of international relations in the previous year.

Many politicians of all shades in Iran have voiced their opposition to the JCPOA, with some describing it as humiliating. Based on the JCPOA, Iran agreed to scale down its nuclear activities, in return for the West lifting all its nuclear-related bans.

On October 11, 2015, Iranian lawmakers passed the general outlines of a single-urgency motion that gives the go-ahead to the administration to voluntarily implement the July 14 nuclear agreement with the P5+1 group of countries on a conditional basis. The motion was passed as 139 lawmakers voted in favor and 100 voted against it, while 12 lawmakers abstained.

According to the motion, the Iranian administration should stop its voluntary activities and adopt reciprocal measures to restore the rights of the Iranian nation in case the other side violates the terms of the agreement, particularly on the issue of the Western sanctions.

The JCPOA has its opponents in the US too. The majority of the Republican Party members in the US congress oppose the deal, with the party’s presidential candidate Donald Trump saying he would scrap it if elected as president.