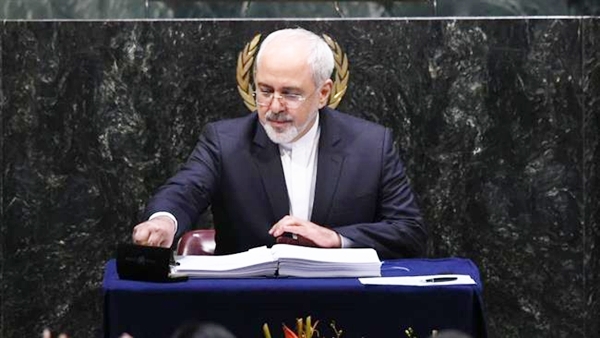 Iran’s Foreign Minister Mohammad Javad Zarif has signed the historic Paris Agreement on climate change during a ceremony at the United Nations headquarters in New York.

French President Francois Hollande was the first leader who signed the deal on Friday. According to UN, a record 175 countries, including the world’s top producers of greenhouse gases China and the United States, inked the accord, raising hopes of restraining global warming.

The ceremony, held on the 46th Earth Day, was the largest ever single-day signing of an international accord. The agreement, reached in Paris in December 2015, can now require countries to fulfill the promises they made to cut greenhouse gas emissions. 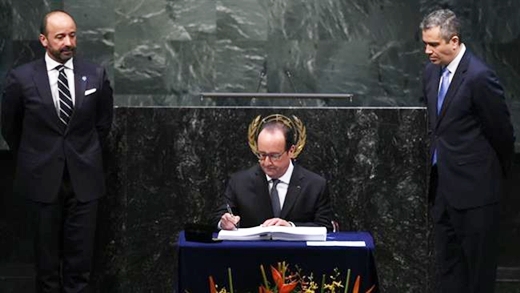 “Most countries, though not all, need to take the signed document and go back home and go to ratification procedures that in most countries requires parliamentary discussion and decision,” UN climate chief Christiana Figueres said. (Watch her TED talk to understand how the Paris agreement will slow the climate change.)

Many countries still need a parliamentary vote to officially ratify the accord. China and the US, which together account for 38 percent of global emissions, pledged to formally adopt the deal by the end of the year.

The deal will enter into force 30 days after at least 55 countries that together produce 55 percent of the world’s greenhouse gases formally approve it.

According to the World Resource Institute, the signatories at the UN ceremony together account for 93 percent of global greenhouse gas emissions.