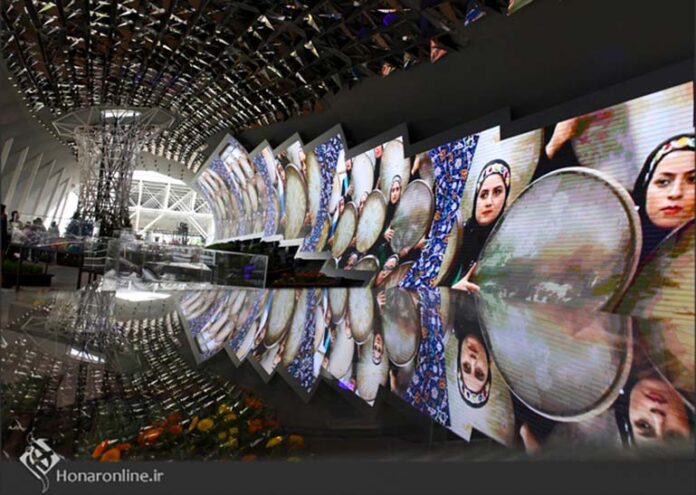 A photo gallery of the Iranian pavilion designed by Kamran Safamanesh at Expo Milano 2015.

“Feeding the Planet, Energy for Life” is the motto of Expo Milano 2015 and Iranian architect Kamran Safamanesh has built on that motto to put together a pavilion dubbed “Global tablecloth, Iranian Culture”.

His pavilion has earned the best design title at the Iranian section of the event.

The Iranian pavilion was mainly designed with a focus on nature, climatic diversity, colorful Iranian cuisine and its ancient culture and traditions in line with the expo’s motto.

In the structure of the pavilion, living elements were used. Inspired by ancient Iranian wind catchers, the design focuses on optimal use of climatic elements like wind and humidity.

Snapshots of the Iranian presence at the event released online by different news websites: