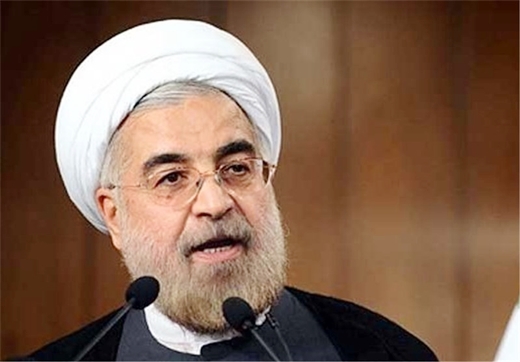 Despite a whole host of political and social concerns and security problems in the region, the first item on the agenda at the first cabinet session in 2013 was a scheme to save drying Lake Oroumiyeh in northwest of Iran, President Rouhani said in an address to the 2nd edition of an international seminar on environment, culture and religion, which kicked off in Tehran on Saturday.

He referred to plans for taking high-polluting vehicles off the roads, tackling dust particles, producing gasoline in compliance with the Euro-4 emission standards, developing the South Pars gas filed and feeding the country’s power plants with gas as some of the administration’s efforts to prevent damage to the environment.

President Rouhani further emphasized that the environmental concerns cannot be settled in short term, but a long-term plan is required to deal with those problems.

Back in March, Leader of the Islamic Revolution Ayatollah Seyed Ali Khamenei urged all Iranian people and officials to pay more attention to safeguarding the country’s green spaces.

The 2nd International Seminar on Environment, Religion and Culture is underway in Tehran for two days with the participation of representatives from 15 countries.

It has been organized by Iran in cooperation with the United Nations Environment Program (UNEP) and the UN Educational, Scientific and Cultural Organization (UNESCO).