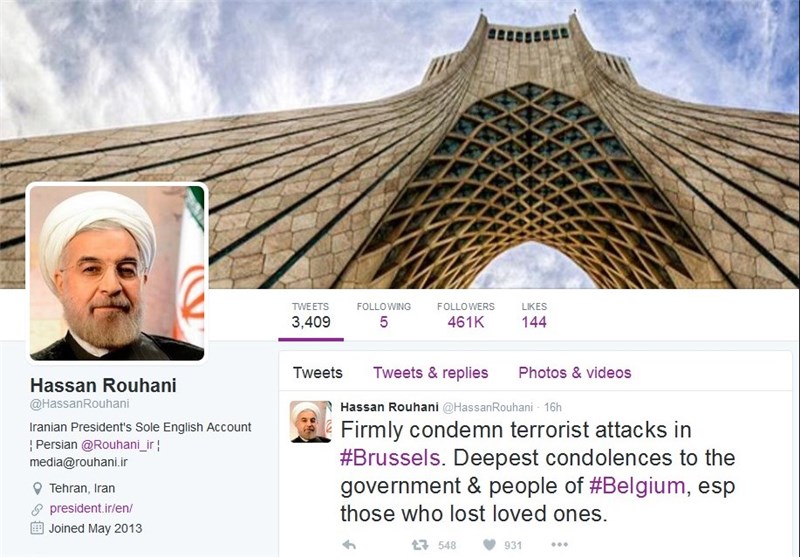 Iranian President Hassan Rouhani condemned the terrorist attacks in Brussels that killed dozens of people and injured more than 200 others.

In a message in his Twitter account, President Rouhani offered his condolences to Belgium on the bloody attacks.

“Firmly condemn terrorist attacks in #Brussels. Deepest condolences to the government & people of #Belgium, esp those who lost loved ones,” he wrote.

On Tuesday morning, two explosions at the Brussels airport and another at a busy metro station in the Belgian capital killed at least 35 people and wounded 230 others. 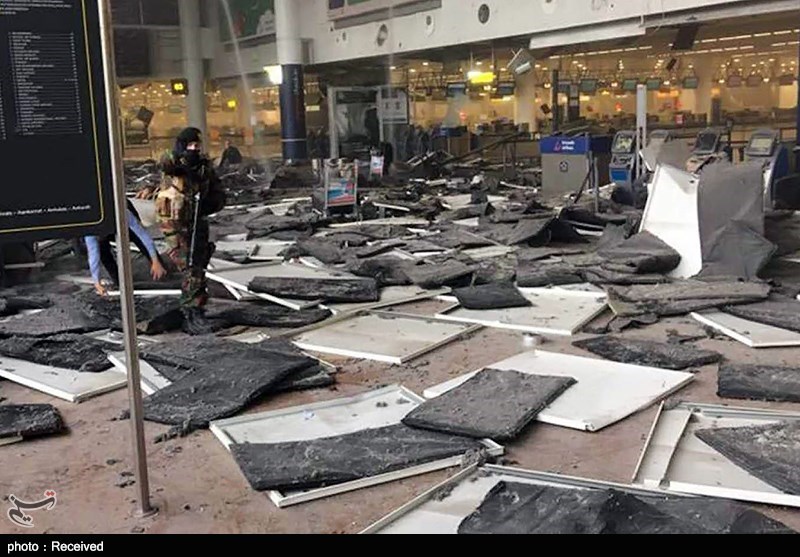 Daesh (ISIL) claimed responsibility for the coordinated attacks, but authorities said it is too soon to say for sure whether the terror group was behind the blasts.

For the first time in the country’s history, Belgium raised the terror threat to the highest “fourth” level, the country’s prime minister said.

Borders with France and the Netherlands were also closed.