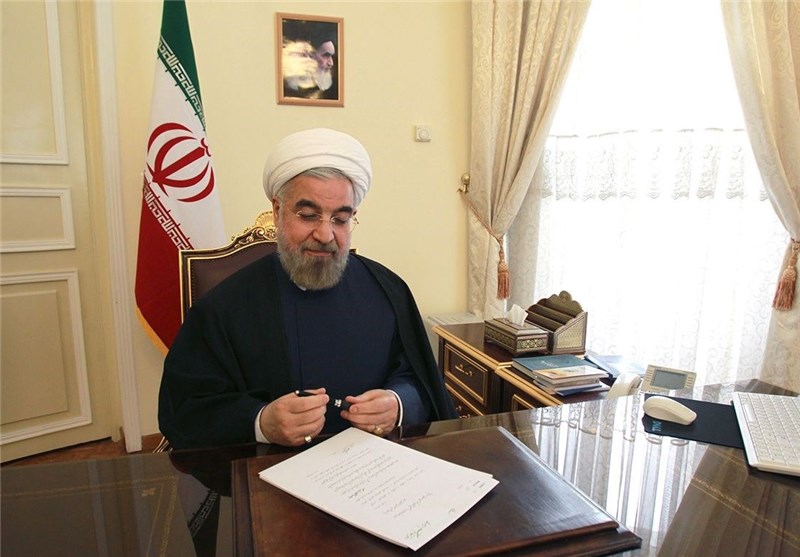 Iranian President Hassan Rouhani sent separate letters to the heads of neighboring countries as well as the leaders of the Group 5+1 (Russia, China, the US, Britain, France, and Germany) member states, with whom Iran finalized a nuclear deal back in July 2015.

According to the Iranian president’s social network account, in the letters to the Group 5+1 leaders, Rouhani expressed his pleasure with the recent implementation of the nuclear deal between Tehran and the world powers.

He further expressed the hope that the parties to the deal will fulfill their commitments and take the required measures as per the nuclear deal (also known as the JCPOA) in a timely manner.

Rouhani also wrote separate letters to the leaders of Iran’s neighboring countries, in which he stated that Tehran hopes the opportunities and capacities created after the JCPOA implementation would be tapped into for mutual cooperation in different fields.

The letters were sent hours before Rouhani left Tehran for Italy on Monday in a tour that will take him later to France.

They came a week after a historic nuclear deal between Iran and world powers came into force and opened the doors of world trade to Iran after years of sanctions imposed on the country for its peaceful nuclear program.

Iran in different occasions has clearly announced that the country’s first priority following the nuclear deal and termination of anti-Tehran sanctions is strengthening ties with the neighboring countries.