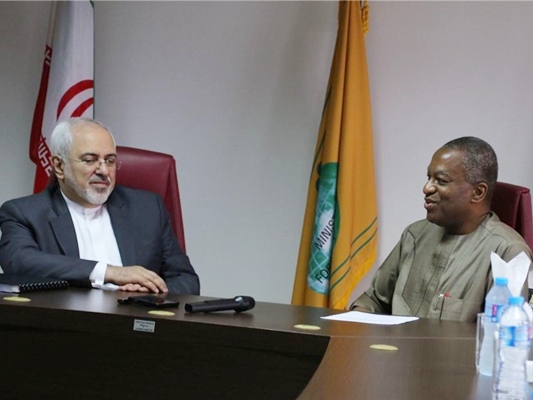 Iranian Foreign Minister Mohammad Javad Zarif, who is in Nigeria as part of his tour of Africa, reiterated Tehran’s continued support for the government of the African nation in its fight against terrorist groups.

“We are standing by you in the battle against al-Qaeda and Boko Haram,” Zarif said in a meeting with Nigerian Foreign Minister Geoffrey Onyeama in Abuja on Monday.

The Iranian foreign minister then expressed satisfaction with the level of cooperation between the two countries in the field of culture and noted that many Nigerian students are studying in Iranian universities.

The Nigerian minister, for his part, said Iran is a very important country in the region and the world and expressed his country’s willingness to improve relations with the Islamic Republic in political, economic, scientific, cultural and international issues.

Onyeama further said that cooperation between Iran and Nigeria would play a leading role in the stability of the international oil market.

He noted that Nigeria does not want to be an oil-dependent state and is ready to exchange experience with Iran in this regard.