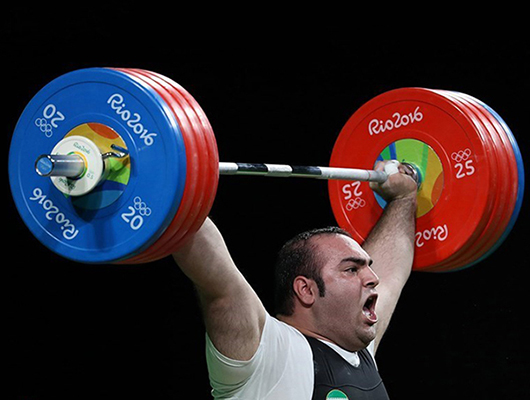 Iran’s Behdad Salimi broke the world record in the snatch weightlifting of the Men's over 105-kilogram class at the Rio 2016 Olympics Games, but he was later disqualified in the clean and jerk stage following a controversial decision by the jury.

Behdad lifted 216 kilograms in snatch to best Georgia’s Lasha Talakhadze, who had just set a new world record, in Rio de Janeiro’s Riocentro – Pavilion 2 on Tuesday but he was not ranked in the final standings as the jury did not accept any of his attempts in the clean and jerk.

During the clean and jerk stage, the Iranian champion lifted 245 kilograms but received two red lights from the judges, a contentious move severely protested by the Iranian coaching team. For his second attempt, he once again lifted 245 kilograms and despite getting three white lights from the judges, the jury committee did not accept the result. And in his third attempt he failed to lift the barbell.

Talakhadze won the event’s gold with a total of 473 kilograms with Armenia’s Gor Minasyan and Georgia’s Irakli Turmanidze standing in the second and third spots, respectively.