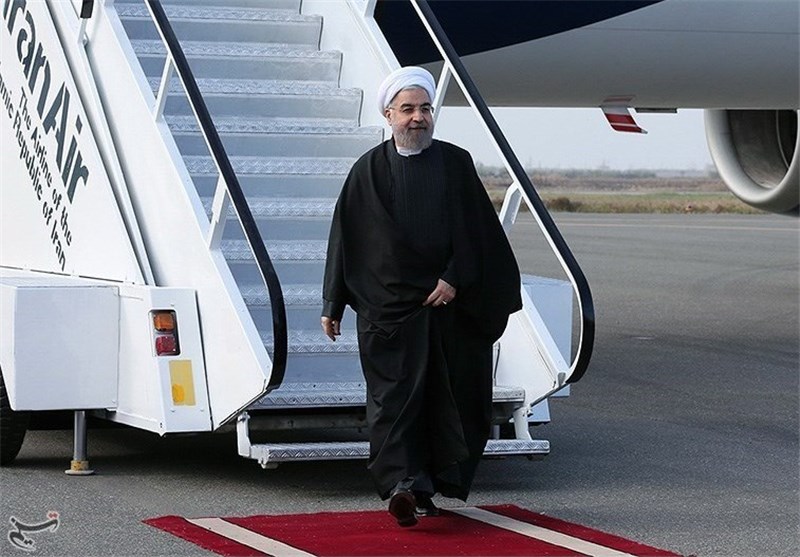 Iranian President Hassan Rouhani travelled to the southwestern province of Khuzestan on Thursday to address the woes that paralyzed the energy-rich province last week in the wake of flooding and dust storm.

In his one-day visit to the provincial capital of Ahvaz, President Rouhani is expected to issue a series of orders to address the environmental problems and allocate funds for infrastructural projects in the province.

The trip comes a few days after Leader of the Islamic Revolution Ayatollah Seyed Ali Khamenei deplored the “heartrending” problems of Khuzestan, calling on officials to devise plans and mobilize efforts to find a decisive solution to the problems that have afflicted the province, including flooding, dust pollution and blackouts.

“The officials are duty-bound to address these problems; and if somebody cares about the people, they could not be indifferent to Khuzestan’s hardships; and it is a certain, immediate and permanent duty of governments to care about people,” the Leader said on Monday.

As regards the problem of dust pollution that has gripped the southern provinces for years, Ayatollah Khamenei called on officials to stop putting the blame on previous administrations, saying inaction at the present time will make the posterity make the same judgement about the current officials.

Iranians in the western and southwestern provinces that border Iraq are facing a growing trend in the influx of fine particles generated by drought-hit marshlands in neighboring countries.

The particles, carried by winds, can penetrate the lung and enter the bloodstream, causing serious diseases such as lung cancer, asthma and heart problems.