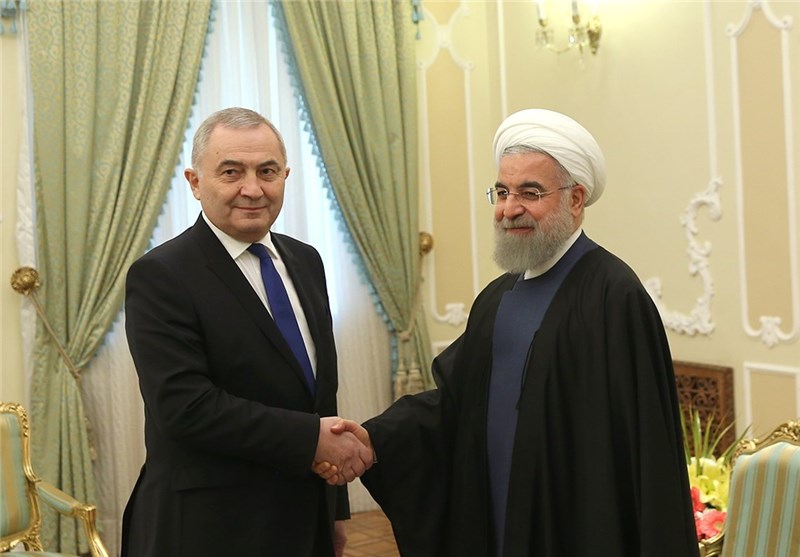 Iran’s President Hassan Rouhani on Tuesday referred to Romania as one of the oldest European friends of the Islamic Republic, and called for expansion of trade ties between the two countries.

“Given the extensive capacities and capabilities of the two countries in the majority of economic areas including such fields as energy and industry, the level of mutual cooperation and the volume of economic exchanges should be enhanced, and efforts should be doubled in this field,” Rouhani said.

He made the remarks in a meeting with Romanian Foreign Minister Lazar Comanescu here in the Iranian capital.

“Tehran and Bucharest should open a new chapter of accelerated reinforcement of ties and mutual political, economic, cultural, and regional cooperation,” he added.

The Iranian president further underlined the need for activation of both countries’ private sectors on the path towards the development and deepening of Iran-Romania economic cooperation, saying that there are great opportunities for public and private sectors in the two countries, which should be tapped into.

Rouhani also referred to Iran’s distinguished geographical location, which connects the north to the south and the west to the east, saying that Tehran attaches great significance to the development of railroad corridors.

Romania can play an important role in the economic relations on the two poles of this transit corridor, he added.

Comanescu, for his part, underscored Bucharest’s resolve to promote the level of its cooperation with Tehran in all political, economic, cultural, and scientific fields.

The Romanian minister, who is leading a high-ranking economic delegation in his three-day visit to Tehran, went on to say that the visit by such a huge and unprecedented delegation from Romania shows that the European country insists on expanding its bilateral relations with Iran.

“Iran’s private and public sectors can consider Romania as a gate for exporting their productions to Europe,” he added.