“Iranian Cinema Conveys its Message without being Affected by Censorship” 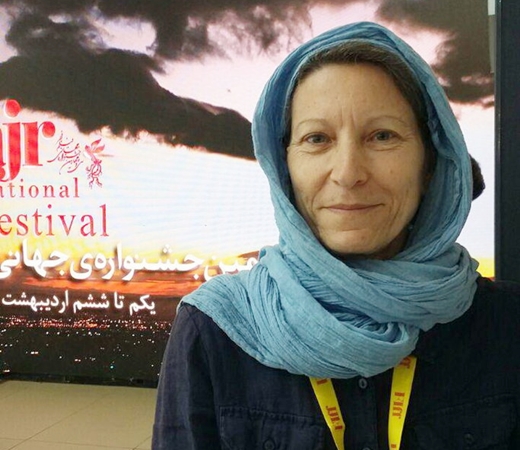 Magali Van Reeth is one of the French Jury members in the 34th Fajr International Film Festival who is judging the Inter-Faith part of the festival.

This is the third time she has traveled to Iran and she seems happy to participate in an Iranian festival again. In her interview with ISNA she said, “In the last festivals we had the chance to watch more Iranian films. That was great because the Iranian films we watch in Europe are very different. Not that we can’t watch Iranian films in Europe , but most of the one we see there are not addressed for general public and are considered artistic films.”

She mentioned that she has watched different films from the last festival and is looking forward to watch Iranian movies in the current festival, “Even though Iranian films in this festival are less in number, but I think in general it is good for people to be able to watch foreign and Iranian films at the same time. In fact, Fajr Festival now has the real qualities of an international festival. I’m happy to see youngsters and normal people coming to watch films. As a jury member it’s always important for me to see what type of people watch films in a festival.”

Van Reeth talked about the films she has already watched, saying, “It’s very interesting for me to see these movies start from a normal life and then expand to a global dimension. And all that happens while Iranian filmmakers should go through a censorship process. Even with that, they manage to get their messages understood.”

At the end she added, “International Fajr Film Festival screens movies from Iran and other countries. It shows a cinema which we don’t see it in Europe. That’s why I believe and hope in the effectiveness of this festival.”

Magali Van Reeth was born in 1956 in France. She is the General Secretary of SIGNIS France and President of SIGNIS Europe. She is also a journalist and film reviewer for the SIGNIS website and for a network of French Catholic parishes and French Catholic Medias (Radio, Tv and magazines). Reeth is a board member of the Fipresci through the French Union of Journalism de Cinema and member of different SIGNIS, Ecumenical and Fipresci juries since 2000.