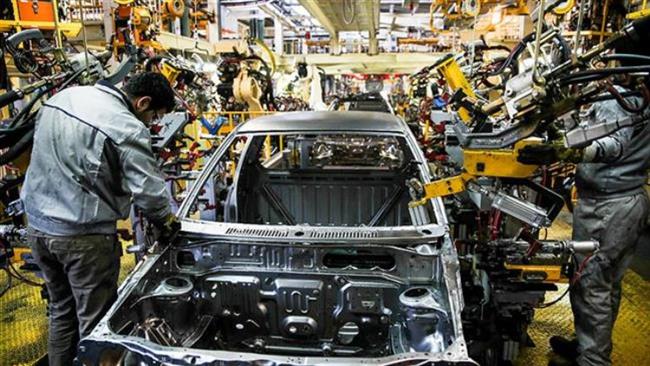 The Islamic Republic of Iran and the People's Democratic Republic of Algeria have signed over a dozen memorandums of understanding (MoUs) on the production of Iranian vehicles in the North African state.

The documents allow a number of Iranian automakers to gain a foothold in North Africa where they will manufacture cars, vans and trucks.

Iran’s second-largest carmaker SAIPA, along with other auto companies such as Zamyad Co. and Pars Khodro, won deals to introduce its products and transfer technology to Algeria.

On top of the auto MoUs, the two countries clinched other agreements on cooperation in areas of mining, exploration of natural resources as well as extraction and processing of raw materials.

Iran’s Industry Minister said that Tehran was also ready to pass on its energy expertise and petrochemical knowhow to Algeria as North African states enjoy considerable oil and gas resources.

On Monday, the Algerian Minister of Industry and Mines met with Iranian First Vice-President Es’haq Jahangiri where the two sides discussed a boost in bilateral relations.

Bouchouareb, who is in Iran at the head of 100 delegates from Algerian companies, said the trip has provided a good opportunity to get acquainted with Iranian capabilities and weigh plans for closer cooperation.

Last November, Algerian Prime Minister Abdelmalek Sellal also traveled to Tehran to discuss closer relations and cooperation in the fight against terrorism as well as other regional issues.

The two countries have in the past had limited economic exchange, mostly in the food processing sector.

Last year, Iran formed a tripartite partnership with Algeria and Italy to establish a date processing plant in the North African country.

That contract envisaged the construction of the date processing plant in Algeria where the factory is expected to conduct all stages of processing, including the production of sugar from dates and date seed oil.