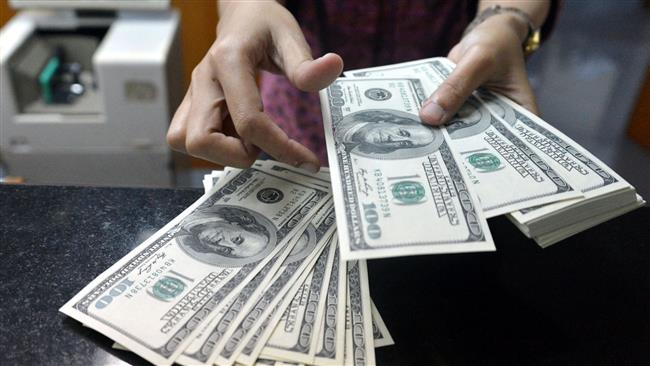 The Central Bank of Iran (CBI) says it has authorized banks to deal in foreign exchange trading at a free-market rate – a move which is expected to help control the rising rates of the dollar.

A statement on CBI’s website called on merchants and traders to refer to the authorized banks and purchase their required dollars, adding that this would channel foreign exchange operations by individuals and entities to banks and decrease their risks.

The statement added that the banks could also purchase the foreign currencies of exporters of non-oil products “at a rate set by agreement between the bank and the customer”.

This, it emphasized, would be carried out through diplomatic missions that are based in Iran as well as the representation offices of foreign investors and also the branches of foreign banks.

The banks could accordingly sell the foreign currencies thus purchased themselves or through other banks and even certified exchange shops, CBI’s statement added.

Iran operates two exchange rates, a free market rate, which was at around Rials 40,140 to the dollar on Saturday and an official rate used for some state transactions, set by the central bank at around Rials 32,300, Reuters reported.

In recent months, the CBI has raised the official rate gradually to shrink the gap between the two. It has said it wants to unify the exchange rate, to make the economy more efficient and create a level field for private firms competing with state institutions with access to cheaper foreign exchange, Reuters added.

The CBI further emphasized in its statement that it would provide the required dollars for the banks to enable them to meet customers’ needs.

However, the media in Tehran are already voicing doubts if this policy would ever work.

The Persian-language newspaper Ta’adol quoted an unnamed trader in Tehran currency market as saying that the CBI through the new policy was trying to bring the chain of supply and demand of foreign currencies under its own control.

The ultimate objective, the trader added, was to reduce the role of middlemen in increasing the rates of foreign currencies – particularly the dollar.

“But the truth is that this kind of supplying foreign currencies to the market [as devised by the CBI] cannot answer all market demands,” Ta’adol quoted the trader as saying.

“This is due to the red-tape that exists in banks for trading foreign currencies.  Therefore, most customers would still prefer to refer to the foreign exchange shops”.

Another Persian-language newspaper Jomhouri-ye Eslami criticized CBI’s move and said it would only deteriorate the situation of the Rial against the dollar in Iran’s foreign currency market.

“Is this move … not an example of CBI’s interference in the foreign currency market at the current juncture that the dollar has been rising rapidly?” wrote the daily.

“This is a question whose answer will emerge within the next days”.