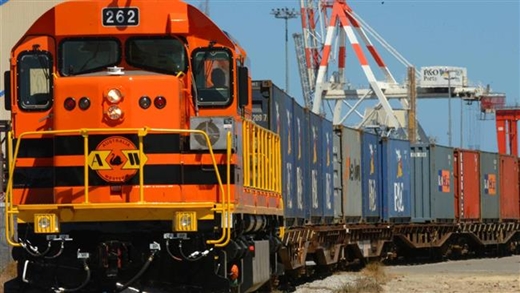 Iran says it is working on a new combined transit route that would link its southern port city of Bandar Abbas to Europe through various CIS countries.

Officials in Tehran said on Tuesday May 24 that the country is working on a plan to create a combined transit route that would pass through its territory, as well as several Central Asian countries, before reaching Europe.

Hassan Ashouri, the deputy for development affairs of the Islamic Republic of Iran Railways, has been quoted by media as saying that Iran’s proposed transit route that will start from the southern port city of Bandar Abbas has been specially designed to dodge Turkey to reach the West.

Ashouri said the route – that will involve rail and road links – will cross the Iranian border into Azerbaijan and go from there to Georgia, adding that an agreement between the three countries to that effect has already been reached.

In Georgia, it will connect with the country’s ports of Batumi and Poti, from where goods will be shipped to ports in Bulgaria and Romania and on to the rest of Europe.

Ashouri further said that a section of the project could extend to Moscow and on to Finland, adding that a basic agreement on the same front has already been signed between the railway authorities of Russia and Georgia.

He also emphasized that the transit route could even take goods from Mumbai for export to Europe without having to go through Turkey.

The official further added that the transportation period – once the project comes on stream – will decrease from 45 days to 23 days, given that it will bypass Turkey.

In February, Azerbaijan proposed the establishment of a rail link that would connect link the Iranian port of Bandar Abbas to Helsinki, Finland.  The project – called the North-South corridor from India to Helsinki – was raised by Taleh Ziyadov, the director-general of the Baku International Sea Trade Port, in a forum in Dubai, as reported by Azeri media.